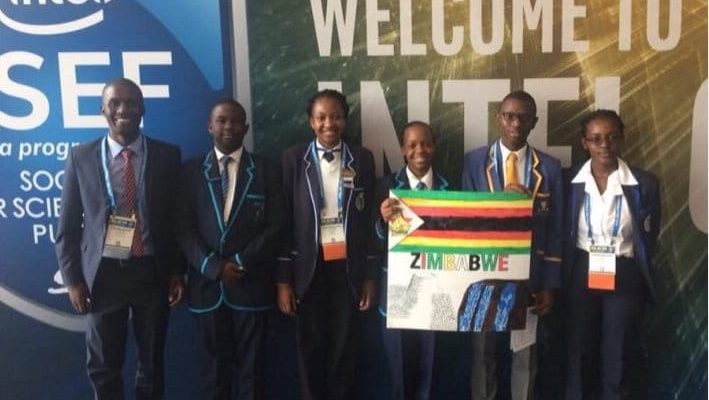 The topic has been in the news in Zimbabwe for some time. In his final year of high school, Macdonald Chirara produces biogas from organic waste, a highly purified gas that he uses to light several houses in rural Zimbabwe.

In Zimbabwe, the current rate of access to electricity is over 40%. In urban areas, this rate has reached 80%, although populations continue to suffer from blackouts. The rural environment is still lagging behind, with only 19% of people lighting up in the evening. Very few government initiatives provide electricity to people living in remote villages. Macdonald Chirara, a final-year high school student, came to grips with this reality when he went to visit his grandparents. The visit changed his life and certainly the lives of the people in his village.

He sees his grandparents used to spending the nights in the dark with firewood and it is the same source of energy that has been used to cook for ages. Such precariousness prompted Macdonald Chirara to seek other solutions. Inspired by his idol, the American scientist and astronomer Carl Sagan, he began to develop a biogas digester that breaks down organic waste into usable electricity using bacteria from local plants.

The ingenuity of a young high school student

It is about the water hyacinths found on lakes and in wetlands throughout rural Zimbabwe. It is an invasive plant that causes a severe ecological disaster by reducing oxygen in watercourses. However, this plant is a good catalyst for waste such as cow dung or waste managers.

With the help of Ngomanyuni, a science teacher, Macdonald Chirara deepened his understanding of the scientific method. By growing water hyacinths in a slurry of organic waste and water, he diverts the newly formed methane to a thermoelectric generator of at least 1.5 volts; about the same capacity as an AAA battery that is used to power a number of devices such as a television remote. He then takes the system to a larger scale and succeeds in obtaining small lighting systems for his grandparents and the biogas produced also makes it possible to cook.

The work of Macdonald Chirara, a high school student, has earned him the Community Innovation Award from the US-based Society for Science & the Public with. It is a prize to encourage scientific innovations aimed at improving the living conditions of communities. With the distinction, he attended the Intel International Science and Engineering Fair, a science fair and the world’s largest pre-university scientific research event. At the end of the meeting, which was marked by competition with young scientists from all over the world, he was ranked 4th in physical science, earning 500 dollars.

Back in his country, the development of local communities became his leitmotif. He wants to set up solar-powered pumps to replace the crank pumps on which many Zimbabweans depend for drinking water.