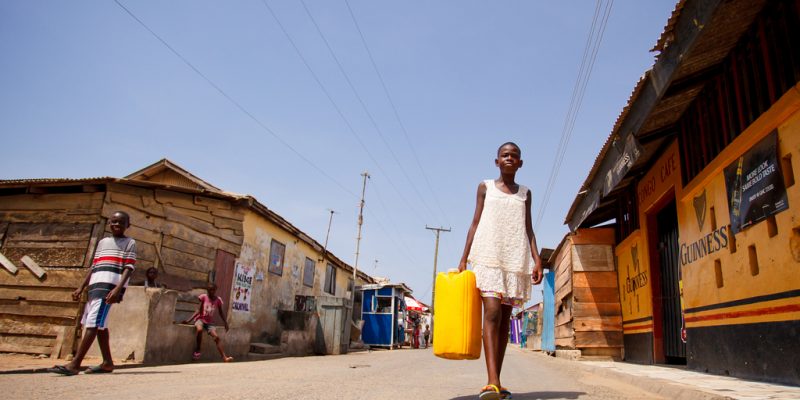 The Government of Zimbabwe has announced the disbursement of $37.4 million to end the water shortage affecting more than 2 million people in the capital Harare.

This was a much awaited gesture by the people of Harare, the capital of Zimbabwe. The government has recently allocated $37.4 million to support the provision of safe drinking water. This action takes place in a context marked by water shortages that drive the population to be self-sustaining.

“Harare faces a number of challenges that have not solved the problem of lack of water and sanitation in the city. This has contributed to the decline in the health status of residents,” says Mthuli Ncube, Zimbabwe’s Minister of Finance and Economic Development. He explained that “the challenges include the lack of a billing system and therefore poor collection rates, as well as a reduced ability to implement programmes that improve service delivery”.

According to local media reports, the Zimbabwean government has lacked foreign currency to import certain chemicals that allow water treatment. A deleterious situation that raises fears of a cholera epidemic, a highly recurrent contagious disease in Harare.

The need for urgent work!

Minister Mthuli Ncube said that the $37.4 million provided by the public treasury will be used to launch some work. These include the replacement of the clarifier and filters at the Morton Jaffray drinking water plant. These two operations are expected to cost $791,000.

As a result of this work at the water treatment plant, the government will replace 10 km of pipe. The outdated status of these installations is at the root of the water losses between the plant and the city of Harare. The same operation will be carried out to repair pipe breaks in the city’s water network. To address the billing problem, $4.7 billion will be spent to install 8,000 new meters.

The Zimbabwean government decided some time ago to carry out the complete rehabilitation of the Morton Jaffray drinking water plant to restore its production capacity, i.e. 704,000 m3 per day. This transaction is expected to require an investment of $144 million. The Chinese government had stated that it could support the project with nearly $72 million. This loan was cancelled, with China suspecting embezzlement. So far, the latter has refused to reverse its decision despite the intervention of the President of the Republic of Zimbabwe, Emmerson Dambudzo Mnangagwa.

In any case, the $37.4 million from Zimbabwe’s state coffers will also be used to rehabilitate 8,000 sewer pipes in the suburbs of Glenview and Budiriro, as well as to repair the sewer systems in Firle and Crowborough.