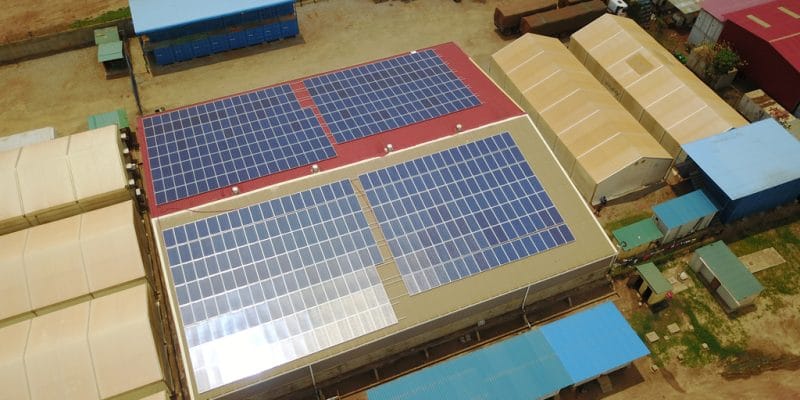 “We strongly believe that the use of clean, renewable energy benefits both sustainable development and environmental protection, as well as longer-term cost management.” Econet CEO Douglas Mboweni said when installing new solar panels at the company's headquarters in Harare.

Distributed Power Africa (DPA), a pan-African renewable energy company, with links to the Econet Group (which also owns Econet Wireless Zimbabwe), has installed 99.9 kW solar panels that will produce enough power to meet the energy needs of Econet’s headquarters in Harare, Zimbabwe. As a result, the company’s offices, located in the Msasa district, will now be 100% supplied with clean, renewable energy.

The successful installation at the headquarters, for which the company’s garages were requisitioned to install the photovoltaic panels, comes after DPA commissioned solar panels on the roof of the Econet Graniteside building, a call centre located 10 km south of the Harare business district.

DPA announces that it is on track to complete, by the end of 2018, the commissioning of a combined solar power capacity of 1 MW (1000 kW) for Econet. The telecommunications group’s large Willowvale complex is the next major facility to be deployed, following licensing by the Zimbabwe Energy Regulation Authority (ZERA).

The license acquired by Econet enables it to build, own and operate a solar power plant to produce and supply electricity for own consumption, in accordance with authorisations published in April 2018.

DPA said it would now step up its “green” campaign as part of its commitment to the deployment of clean and renewable energy in Zimbabwe, including in the industrial and mining sectors.

According to Chat, Norman Moyo, CEO of the DPA group, it is even a strategic focus: “We believe that energy is an important pillar for the transformation of an economy, and that it will influence the much needed economic recovery in Zimbabwe,” he confirmed.

DPA is a pan-African electricity company with offices in South Africa and Zimbabwe, and sales offices in Kenya, Ghana, Mauritius, Tanzania and Nigeria.