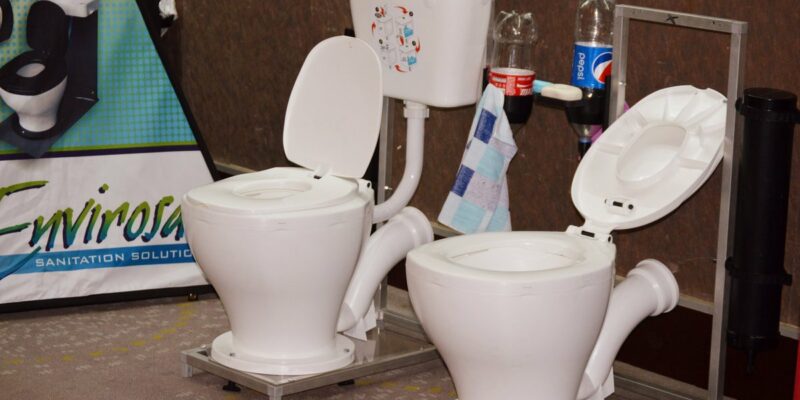 In Zimbabwe, the government has recently approved the use of 'Eaziflush' technology to reduce open defecation. The solution developed by the company Envirosan Sanitation Solution will replace pit latrines with water-saving flush systems.

The Zimbabwean government wants to improve access to sanitation. On May 4th, 2021, the authorities approved the use of “Eaziflush” technology. This new solution developed by the company Envirosan Sanitation Solution will replace pit toilets with a water-saving flush system. Unlike conventional latrines that require seven to nine litres of water per flush, systems with Eaziflush technology will use as little as two litres per flush.

Eaziflush latrines can be connected to the sewerage system. In addition to water rationing, the solution will help limit the spread of neglected tropical diseases.

According to Monica Mutsvangwa, Zimbabwe’s Minister of Information, Publicity and Broadcasting Services, the ‘Eaziflush’ solution will initially be in schools and clinics, mainly in peri-urban and urban areas.

In Zimbabwe, 24.9% of the population practices open defecation according to the World Bank (2017 report). In a recent report, the Zimbabwean Ministry of Information, Publicity and Broadcasting Services notes the country’s progress in sanitation and hygiene. According to the report, Matabeleland North and Manicaland provinces have the highest number of households using unimproved sanitation facilities in Zimbabwe. Between 2019 and 2020, the rate of open defecation fell by 2% in these two provinces.

The government of Zimbabwe’s goal is to achieve widespread access to improved sanitation facilities. To achieve this, the authorities will increase the number of facilities and raise awareness about sanitation standards. These rules are largely unknown, even to key players in the sanitation sector.