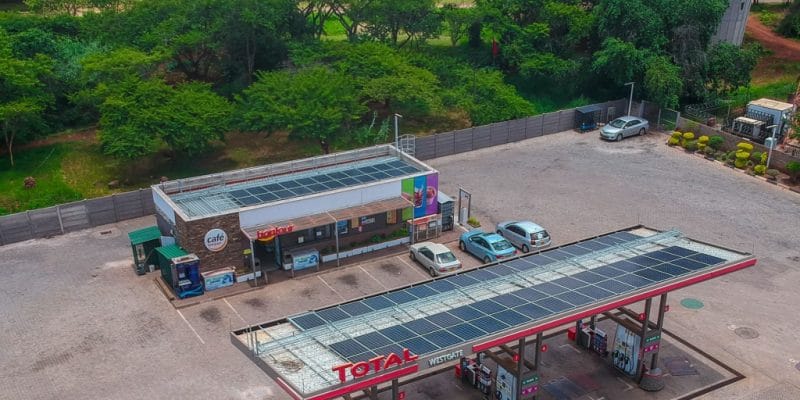 Total Zimbabwe wants to reduce the dependence of its service stations on the public electricity grid. The subsidiary of the French oil company Total Energies has signed a partnership with Distributed Power Africa (DPA), the subsidiary of the Zimbabwean group Econet Global, to install solar photovoltaic systems in 15 of its service stations in Zimbabwe.

DPA has already installed solar panels at Rusape, Avondale, Emerald Hill, Westgate and Chisipite service stations in the capital Harare. The Divyajeet Mahajan-led company is continuing work on the Victoria Falls, Kwekwe and Msasa filling stations. For the rest, DPA is still conducting studies to determine the electricity requirements of the filling stations.

The solarised facilities will be better equipped to cope with load shedding. This situation has led Total Zimbabwe to turn to generators that are more expensive to maintain and operate. The company estimates that the adoption of solar photovoltaic energy will enable its service stations to reduce their dependence on the national electricity grid and diesel generators by 30%. It will also enable the petroleum distributor to reduce its electricity bills.

The partnership between DPA and Total Zimbabwe is part of a project by the French oil company to solarise 50% of its service stations in Zimbabwe. Total Energies will invest 4 million dollars to achieve this. In Zimbabwe, the oil company has 101 service stations that currently operate on grid electricity or diesel generators. This project is part of Total Energies’ wider ambition around the world.

The Paris-based group wants to equip 5,000 of its service stations with solar photovoltaic systems in 57 countries, most of them in Africa. These installations will have a cumulative capacity of 200 MWp, for a total investment of 300 million dollars.