Homepage » ZIMBABWE: Centragrid to inject 25 MWp of solar energy into the grid by 2021 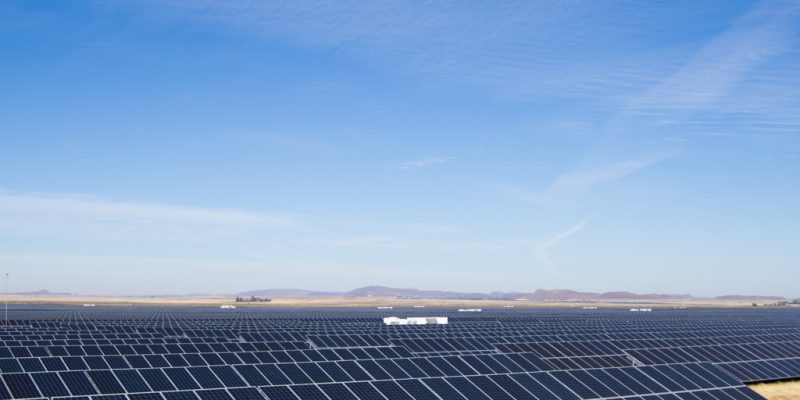 The IPP Centragrid, recently indicated that it will increase its installed solar power capacity in Zimbabwe by October 2021. It plans to build new solar power plants that will inject 25 MWp into the Zimbabwean power grid.

Centragrid announces a solar project with a planned output of 22.5 MWp. This will be in addition to the 2.5 MWp that the Independent Power Producer (IPP) is supplying from its Nyabira solar power plant in Mashonaland West Province.

The additional 22.5 MWp will be generated from nine solar photovoltaic plants, each with a capacity of 2.5 MWp. Work on this project is expected to start within three months and be completed by October 2021. Centragrid will invest $30 million, despite the lack of foreign exchange that could hamper the development of this green energy project. The company estimates that its project will reduce power outages and the import of electricity from neighbouring countries such as South Africa, which is also in crisis due to failures in the power grid of the state-owned company Eskom.

According to the investment company GET.invest, in 2016, the Zimbabwe Electricity Supply Authority’s (ZESA) power generation capacity was 845 MW, compared to a national demand of 2 200 MW and an installed capacity of about 1 940 MW. Most of the electricity fed into Zimbabwe’s electricity grid is generated from the Kariba hydropower plant, which the country shares with Zambia.

Zimbabwe also imports electricity from Mozambique and the Democratic Republic of Congo (DRC). But the government of this East African country is now relying on IPP projects to boost the national power grid. A few weeks ago, the state-owned Zimbabwe Electricity Transmission and Distribution Company (ZETDC) issued a call for tenders for the construction of several solar photovoltaic power plants to produce 500 MWp. A major solar project that should also help to diversify Zimbabwe’s electricity mix.