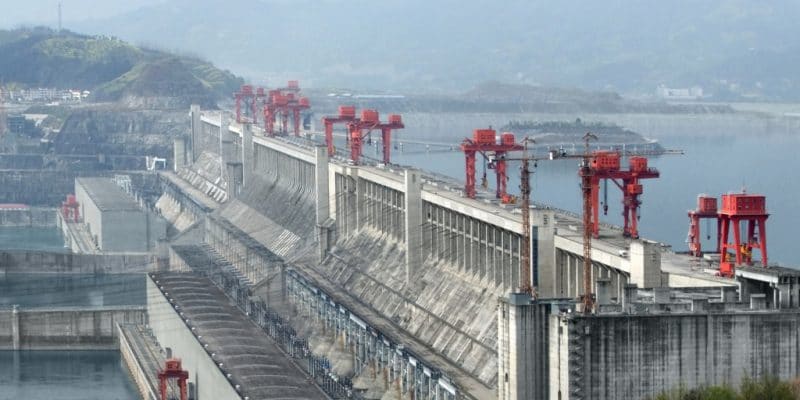 It is an announcement which raises a lot of hope in the country where blackouts are very common. Zimbabwe's President Emmerson Mnangagwa has announced his intention to relaunch the project to build a hydroelectric dam on the Zambezi River. The project has been under consideration in Zimbabwe and Zambia for 70 years.

The news comes from the Zimbabwean state daily The Herald, which reports on a trip by President Emmerson Mnangagwa to the town of Bindura in central Mashonaland province, about 88 kilometres north-east of the country’s capital, Harare. “This is a $4.5 billion project that we will implement in cooperation with the Government of Zambia,” said the President of Zimbabwe. He added, “Three companies have applied to carry out this project and we are studying their offers. But at our level, I and (Zambian) President Edgar Lungu agree to make it happen.”

It must be said that no other details about the companies in the race for the realisation of this mega project were revealed, but what we can be sure of is that the future dam promises to be one of the largest on the African continent, just behind the Great Renaissance dam on the Nile in Ethiopia with an expected production capacity of 6000 MW (under construction).

As President Mnangagwa recalled, the Batoka hydroelectric dam project on the Zambezi River will be led by Zimbabwe and Zambia. Its development will be under the control of the Zambezi River Authority (ZRA), a joint body responsible for supervision and development around the Zambezi River shared by the two countries. Two power plants will therefore be built (one on the north shore and the other on the south shore), with a combined capacity of 1600 MW.

According to Zambian magazine The Lowdown, this hydroelectric project will have a 181 m high dam wall that will hold 1,680 million m3 of water, covering an area of about 26 km2. The reservoir will be long and narrow, extending approximately 1 km from the Victoria Falls basin. It will also take 10 to 13 years to complete construction of the Batoka Gorge hydroelectric dam. Zambia’s preferred option is the Build-Own-Operate-Transfer (BOT, a form of project finance, in which a private entity receives a concession from the public or private sector for the purpose of financing it, editor’s note) approach, involving private sector developers.

On the issue of financing, it should be noted that both the World Bank (WB) and the African Development Bank (AfDB) have expressed interest in financing the project, although there is no formal commitment at the moment.

Concerning the thorny question of environmental impact, it should be noted that the first environmental impact study was on the 1993 project. While recommending further studies, his report stated that “the dam will not flood; it will be confined to a long narrow gorge, but will flood all upstream rapids and reduce the natural habitat of riparians. The low population density in the area will reduce the number of people who need to be resettled.

It should, however, be mentioned that the gorge is a habitat for a number of rare bird species, 34 species of birds of prey including the famous Verreaux eagle (the black eagle). The dam will have an impact on the large bird of prey, especially as it feeds on mammals that depend on the Zambezi River.