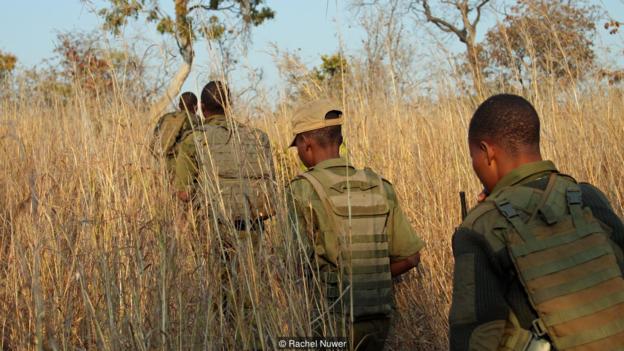 In almost two years of existence, women rangers in Zimbabwe have been more successful than their male counterparts. The performance of the "courageous" was such that the initiators of this extraordinary ranger unit planned to increase the number of recruits to 2000 by 2030.

Beware of those who believe they can trust their gender or age and believe they can do anything in Phundundu, a wildlife park located in the lower Zambezi Valley in northern Zimbabwe. Here, poachers are put to the test by a ranger unit that is 100% female. From 2017 to February 2019, the “Akashinga”, which means “Courageous” in the local language, arrested 91 poachers. This represents a record far above that of their male counterparts, according to them. A success whose key lies in the method. “Instead of using force to make arrests, we work with communities. Only 3% of crimes are solved by catching people red-handed, while the remaining 97% are solved through intelligence,” Akashinga founder Damien Mander told France 24.

The all women unit received the 2018 Zimbabwe Women’s Award for its bravery, a recognition of the work done to protect wildlife in a country where poverty and corruption have led to an increase in poaching. According to figures from the Convention on International Trade in Endangered Species of Wild Fauna and Flora (CITES), these hunts have led to a decline in the elephant population. On a continental scale, a report by the International Union for Conservation of Nature indicates that it has risen from several million to about 400,000 in about 60 years. The southern white rhino population also increased from 21,300 to 18,000 between 2012 and 2017.

The Akashinga were launched in 2017 under the banner of the International Anti-Poaching Foundation (IAPF), led by Damien Mander. These are young women aged 19 to 30 years old, selected from among the vulnerable groups in the villages surrounding Phundundu Park. The IAPF website refers in particular to “unemployed single mothers, abandoned wives, sex workers, victims of sexual or physical abuse, women of imprisoned poachers, widows and orphans”. For the foundation, the main objective is to restore hope and power to these women by giving them a new start and giving them the opportunity to defend a major cause for their country.

Each female ranger earns about $400 a month, which is four times the average salary in Zimbabwe. By protecting animals, they support their families better than poachers would.

The Akashinga programme now aims at expanding, as a second camp is being built in Zimbabwe to accommodate entrants. Ultimately, there should be 2000 of them. This will lift 2000 families out of poverty through animal protection.