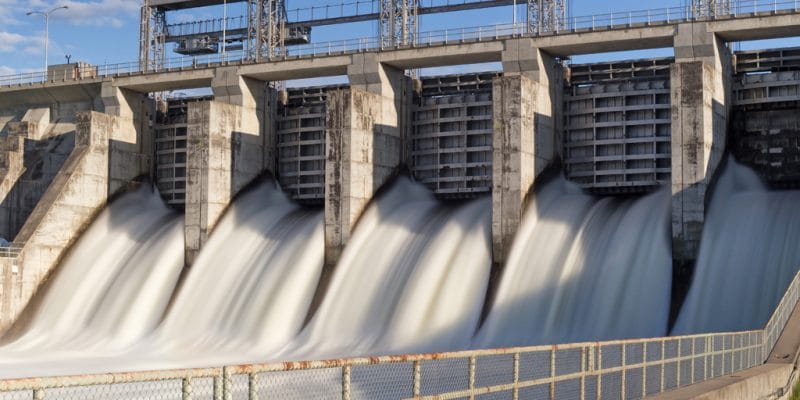 Zambezi River Authority (ZRA), an organisation owned by the State of Zambia and Zimbabwe, dedicated to the development of the Zambezi River, has just shortlisted several companies for the Batoka Gorge mega hydroelectric project. It is expected to produce 2,400 MW.

The Batoka Gorge hydroelectric project is progressing. As announced by Afrik 21 in July 2018, Zambia and Zimbabwe are considering relaunching this project after several years of inactivity. Following a call for tenders issued by the Zambezi River Authority (ZRA), an organisation owned by both states, for the development of the Zambezi River and responsible for the implementation of this project, several companies were preselected.

It is a consortium made up of the American company General Electric, the Chinese Power Corporation and the Italian company Salini Impregilo. The latter company is currently building the Grand Renaissance hydroelectric dam (6,000 MW) in Ethiopia in collaboration with equipment suppliers such as the French company Alstom and the German company Voith Hydro.

The other actor to have applied for the construction of the Batoka Gorge dam is a joint venture between the Chinese companies- Three Gorges Corporation and China International and Water Electric Corporation. Finally, China Gezhouba Group Company Limited relies on its experience on the African continent to compete with the other two groups of companies. It has just entered the Grand Renaissance mega hydroelectric project by investing $40 million. She will therefore have to work on site with Salini Impregilo.

A strategic project for Zambia and Zimbabwe

According to ZRA, the technical feasibility of the Batoka Gorge hydroelectric project will be completed by the end of the first quarter of 2019. The infrastructure is expected to inject 2,400 MW into the grid in Zimbabwe and Zambia. The project is based on a Build-Operate-Transfer financial model (BOT, in French: construire, exploiter, transférer). A kind of public-private partnership (PPP).

The company selected following the call for tenders will be responsible for building two power plants with a combined capacity of 2,400 MW. This hydroelectric project will have a 181 m high dam wall that will hold 1,680 million m3 of water over an area of approximately 26 km2. The reservoir will be long and narrow, extending approximately 1 km along the Victoria Falls basin. It will take ten to thirteen years to complete the construction of the Batoka Gorge hydroelectric dam. The World Bank and the African Development Bank (AfDB) have expressed their readiness to finance the Batoka Gorge hydroelectric project.

AFRICA: Hydropower will be the focus of an exhibition in Uganda in April 2021

AFRICA: a call for tenders for the construction of the Ruzizi III dam (147 MW)