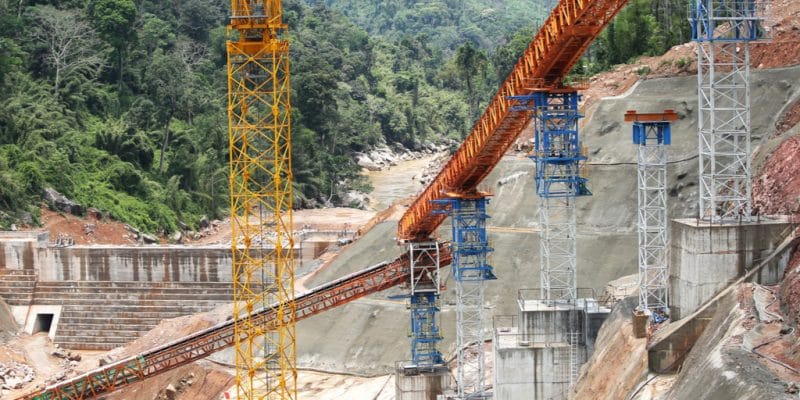 It is a major blow for Zambia, which is multiplying projects to reduce its dependence on neighbouring countries for its electricity supply. China’s state-owned Sinohydro has suspended work on the Kafue Gorge hydroelectric project site. The company’s management in Zambia issued a note to the dam workers, stating that it was suspending its activities due to “difficulties beyond its control”.

Since 2015, this site has employed more than 5,000 people. According to the Zambian press, the Chinese company’s services were not paid for. A halt to the work comes as Mathew Nkhuwa, Zambia’s Minister of Energy, recently announced the commissioning of the dam and the Kafue Gorge hydroelectric plant in a few months, in 2020.

An expected capacity of 750 MW

The construction of the Kafue Gorge dam and hydroelectric power plant is one of the major energy projects underway in Zambia. It is being implemented through a public-private partnership (PPP) signed between the government and Zambia Electricity Supply Corporation (Zesco), the public company that distributes electricity in this East African country.

The implementation of the project is expected to require a total investment of $2 billion. Of this amount, $1.58 billion represents the costs of engineering, procurement and construction of the facilities. The Zambian government has therefore contracted a loan from Exim Bank of China for the implementation of the project. The engineering, procurement and construction (EPC) contract for the Kafue Gorge dam and hydroelectric power plant was awarded to Sinohydro in 2015.

The dam they are building in Zambia is located on the Kafue River, the main tributary of the mythical Zambezi River. The reservoir is built 55 km upstream of the confluence point between the two rivers, i.e. on the left bank of the Zambezi River. More than 17 km upstream is the Kafue Gorge Upper dam, which has a capacity of 900 MW.

The concrete rockfill dam built by Sinohydro is 140 m high and has a crest length of between 8 m and 10 m. The water retention also has a valve with five 400 m long penstocks. A surface power plant built below will be equipped with five 150 MW turbines each. By turning in an overall movement thanks to the dam’s water, the Kafue Gorge hydroelectric power station will be able to supply 750 MW.