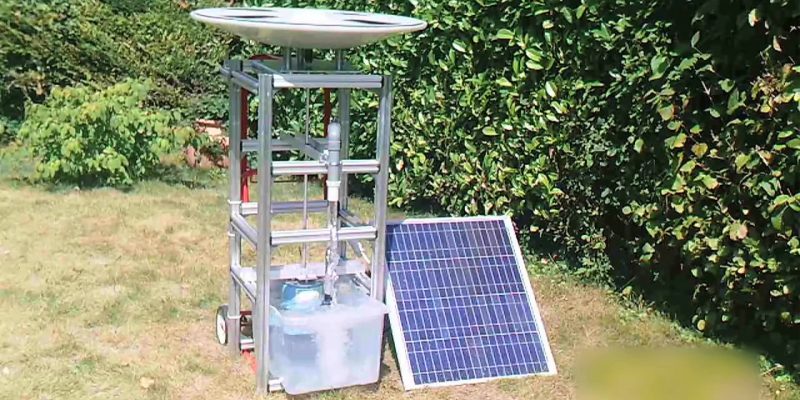 Saurea just sold a solar engine in Zambia. In this East African country, where only 5% of people have access to electricity in rural areas, the French start-up's innovation is adapted to hand pumps to irrigate fields.

Sustainable cities and territories #6. Our series in partnership with the Africa-France 2020 Summit.

Saurea’s solar-powered engine could well change the game for Zambian agriculture. The sector produces only 20% of GDP, yet 85% of the population works in it. Low productivity is partly due to low rainfall (because drought lasts half the year) and an energy deficit, especially in rural areas, where access to electricity is 5%.

It is in this context that the solar engine, created by the French start-up Saurea, could find its market. The device looks like a flying saucer 70 cm in diameter, whose axis starts to turn when exposed to the sun. This innovation, made without conversion electronics (i.e. without an inverter, for example), should operate for 20 years without any maintenance. It can be used, among other things, to pump water in isolated sites. “The main idea is to motorise existing manual pumps, for human consumption or irrigation, particularly in energy-isolated areas,” explains Isabelle Gallet-Coty, the company’s president.

Saurea launched the marketing of its solar engine in 2019, at a unit price of 3,639 euros. On its website, the company states that it has sold one copy in Zambia. It will be installed on a pump demonstrator in a centre built by a religious community. Four units have also been sold to a pump manufacturer in Avignon (a city in the south of France), which is working to adapt the motor to its own hand pumps developed for Africa, where some areas do not have access to electricity.

Saurea’s solar motors are thus making a gradual breakthrough in Africa, where the rate of electrification remains very low. According to the World Bank, more than 640 million Africans do not have access to energy, which corresponds to an access rate of just over 40%, the lowest level in the world. Per capita electricity consumption in sub-Saharan Africa (excluding South Africa) is thus 180 kWh, compared to 13,000 kWh per capita in the United States and 6,500 kWh in Europe.