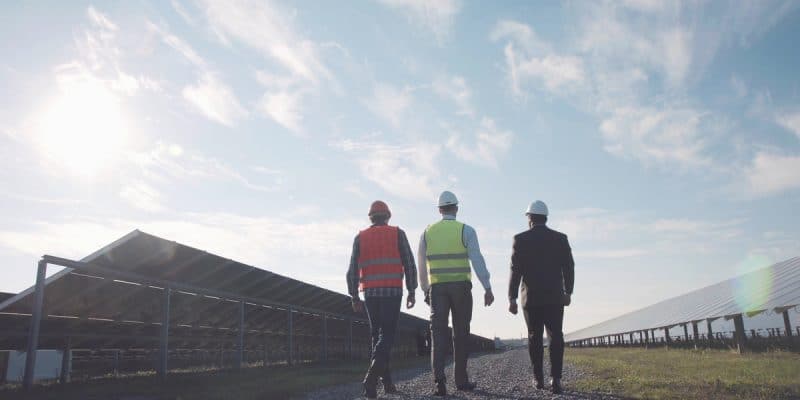 On April 29, 2019, Enel Green Power inaugurated a 34 megawatts (MW) solar power plant in Ngonye, a town south of Lusaka, the Zambian capital. The facility provides electricity to the Zambian grid for the equivalent of 7.8 US dollars per kilowatt hour. Enel Green Power is taking care of this work on the basis of a 25-year power purchase agreement.

Zambia marks one more point in its political will to diversify sources of electrical energy. A dose of solar energy has just been injected into the Zambian national grid, which is nearly 98% hydropower.

The project for the Ngonye solar power plant, located south of the capital Lusaka, has come to an end. The launch took place on April 29, 2019, in the presence of various stakeholders. Firstly, the Italian group Enel, through its subsidiary dedicated to renewable energies in Africa, Enel Green Power, which holds 80% of the capital of the plant. But also Industrial Development Corporation (IDC), a Zambian investment company that holds 20% of the shares.

Enel is responsible for the financial and operational management of the Ngonye solar power plant project with a capacity of 34 megawatts (MW). According to the 2016 contract with the Zambian government, Enel will develop, finance, build and operate the plant for 25 years. Throughout this period, the power produced by the plant will be sold to Zesco, the Zambian power company, at a rate of 7.8 US dollars per kilowatt hour. “With the connection of the Ngonye power plant to the grid, we are reaffirming our commitment to assist Zambia in developing its important renewable energy resources as a growth opportunity,” said Antonio Cammisecra, the director of Enel Green Power.

Ngonye, ​​the second-largest plant in Zambia as part of the World Bank Scaling Solar Initiative

The construction of the Ngonye solar power plant cost about $ 40 million, of which $ 34 million was obtained from the World Bank’s Institutional Development Credit (IDC).

It is the second solar power plant under the World Bank Scaling Solar Initiative in Zambia. The first project of this initiative in Zambia was commissioned on March 11, 2019, by Zambian President Edgar Chagwa Lungu. It is the Bangweulu solar plant (54 MW), located 15 kilometres southeast of the capital Lusaka. The plant also supplies her production to Zesco. Here the price is $ 60.15 per megawatt hour for a period of 25 years.

It is worth noting that Scaling Solar is an initiative launched by the World Bank. It allows a country to establish a project, manage a tender, build a plant and produce cheap and sustainable solar energy, all in just two years. It is thus much less time consuming than the conventional realisation of each stage of other power plants of this kind and much faster than for the projects concerning other types of power stations, hydroelectric and thermal in particular.

The first call for tenders launched by Zambia attracted 48 expressions of interest from major companies such as EDF, Enel and First Solar, 11 of which were pre-selected. This project gave a new impetus to the country, which desperately needed new sources of energy, but was struggling to attract investors given the impact of falling copper prices on its economy.