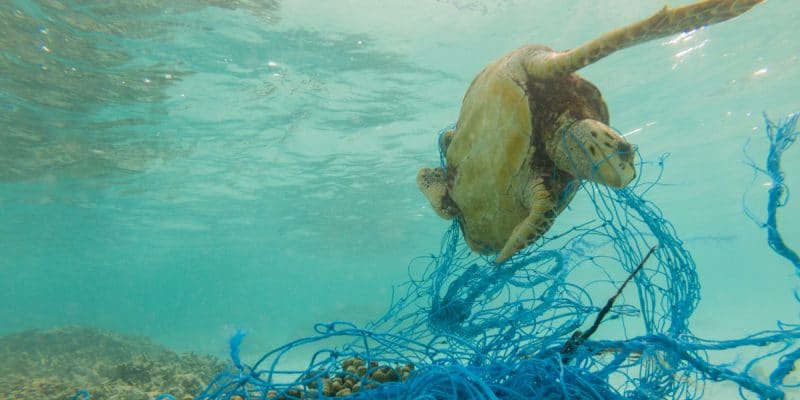 West African States are called upon to strengthen their regulatory measures to reduce the incidental capture of turtles and seabirds in industrial fisheries. The call was launched on November 22nd, 2021 in Dakar (Senegal), by 6 organizations and institutions, committed around the project of Reducing Incidental Catch of Seabirds and Sea Turtles in West African Industrial Fisheries (Bycatch).

The situation of turtles and seabirds remains a concern in West African fisheries. These animals, emblematic of marine biodiversity, are often the victims of industrial fishing. Accidentally caught in the nets of boats, these protected species are threatened. On Monday, November 22nd, 2021, the day after World Fisheries Day, six organizations and institutions took to the stage to call for an end to the bleeding of these slowly reproducing animals. They are calling on West African decision-makers to strengthen regulatory measures to protect turtles and seabirds, in order to avoid their capture by fishing vessels.

The six organizations, including the Regional Partnership for Coastal and Marine Conservation in West Africa (PRCM) and the United Nations Environment Programme (UNEP), acted under the Reducing Incidental Catch of Seabirds and Sea Turtles in West African Industrial Fisheries (Bycatch) project, funded by the Mava Foundation and coordinated by BirdLife International, one of the world’s largest conservation partnerships with more than 10 million members and supporters.

“There are mechanisms and technical means to avoid the accidental capture of turtles and seabirds. Using these means on board a vessel will not only preserve these species, but also make fishing much more sustainable, in a more productive marine ecosystem,” explains Ahmed Diamé, the coordinator of the Bycatch project at BirdLife International.

The organization estimates that about 700,000 seabirds and 300,000 sea turtles die each year in fishing gear. While statistics on this phenomenon are not yet available in West Africa, they will soon be. Through the Bycatch project, and for the first time in the region, the incidental catches of birds and sea turtles in industrial fisheries are systematically collected and processed thanks to a network of trained and equipped observers in the different countries of the Sub-Regional Fisheries Commission (SRFC).

The Bycatch project started in 2017. It is the first initiative, in the SRFC area, to address the issue of by-catch of seabirds and sea turtles in industrial fisheries in the region by proposing technical and legal solutions. Its objective is to establish an operational framework for the reduction of Bycatch of birds and sea turtles in industrial fisheries in West Africa and to implement it in seven countries of the region, including Cape Verde, the Republic of Guinea, Guinea Bissau, Mauritania, Senegal, Sierra Leone and the Gambia.