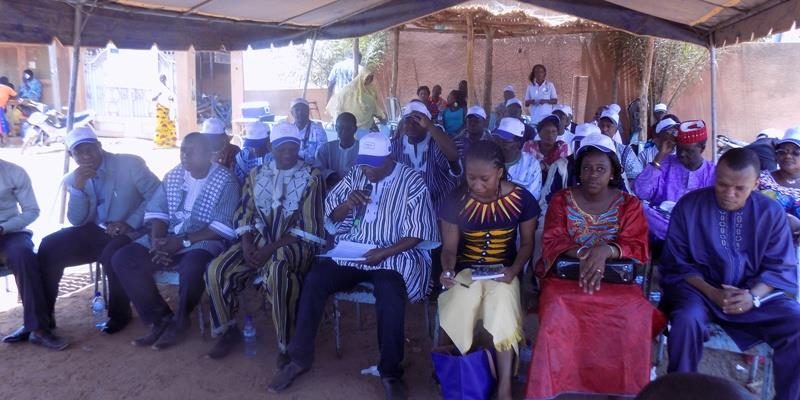 A network of West African parliamentarians for water and sanitation is in the making. The Burkina Faso led initiative held its constituent assembly on 27-28 August 2020. The framework for cooperation and reflection aims at consolidating the right to water and sanitation in a sub-region where the lack is acute.

West African legislators do not remain indifferent to the many challenges facing their sub-region in terms of water, hygiene and sanitation. Despite the progress made in this part of the continent, nearly 40% of the population does not have access to safe drinking water and nearly 70% do not benefit from sanitation systems. According to the “Water, Sanitation and Hygiene Barometer 2020”, this situation is more critical in countries facing serious political and security crises. For example, in Mali more than 1.4 million people need emergency water, hygiene and sanitation assistance, and 1.9 million people in Burkina Faso.

It is on the strength of this observation that the Network of Burkina Faso Parliamentarians for Water, Hygiene and Sanitation (Repha-BF) has initiated a platform for collaboration with the networks of Benin, Côte d’Ivoire, Mali, Niger, Senegal and Chad. The said platform held its constituent assembly on 27 and 28 August 2020 by videoconference. During the proceedings, the proposed rules of procedure were amended and adopted by mutual agreement by the parliamentarians. The Network of Parliamentarians for Water, Hygiene and Sanitation in West Africa (Repha – West Africa) defines itself as a framework for reflection and action for a better political and social commitment in favour of the promotion of equitable access, with the aim of contributing to the development, adoption and implementation of strategies, policies, plans and legislations on drinking water and sanitation. “By federating actions and sharing experiences with other parliamentarians, access to drinking water will become a reality. Because our decisions will influence national and sub-regional policies,” says Halidou Sanfo, coordinator of Repha-BF.

It is indeed since January 2020 that actions were carried out in view of the launch of Repha – West Africa. However, the symposium dedicated to this purpose, which was to take place in March 2020, was cancelled due to the health crisis caused by Covid-19.

The containment and other restrictive measures due to the pandemic have also caused a global economic crisis that has further deepened inequalities in access to water and sanitation in West Africa and the rest of the continent. It is therefore this challenges that Repha – West Africa and the World Water Forum to be held in the Senegalese capital from 22 to 27 March 2021, under the theme “Water Security for Peace and Development”, will have to address.