Homepage » WEST AFRICA: Greenpeace calls for fishmeal plants to be shut down

WEST AFRICA: Greenpeace calls for fishmeal plants to be shut down 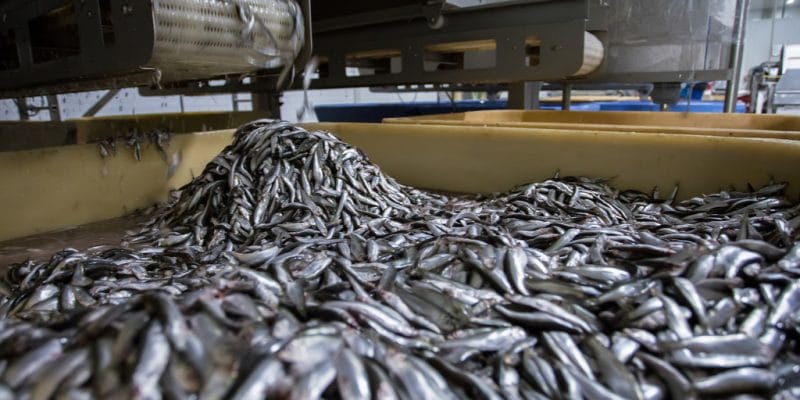 The NGO Greenpeace's ocean expedition, during a stopover off Dakar, Senegal, denounced the environmental damage caused by fishmeal factories. Also present in Gambia and especially in Mauritania, these factories are causing the disappearance of fishery resources and polluting the environment.

Three days was the time it took for the West African leg of the “Arctic Sunrise”, the ice breaking ship of the NGO Greenpeace, to travel from the North Pole to the South Pole to raise awareness about ocean protection. Greenpeace presented a report on the environmental and ecological damage caused by fishmeal plants in West Africa from September 12 to 14, 2019 in Senegal. According to the report entitled “Diverted Fish”, there are about 50 such plants in which tons of fish, diverted from human consumption, are crushed and processed into powder. They are located in Senegal, Gambia and especially in Mauritania (33 plants).

In these establishments, which are often very limited in size and often very rudimentary (4 people on average), Greenpeace experts observe toxic discharges, particularly of ammonia, resulting from the fermentation of fish.

In addition to this ammonia pollution, the overfishing caused by these plants threatens the survival of sardines off the West African coast. This small pelagic, easily transformable into flour, is indeed very popular with these factories. Pirogues prefer to sell these sardines to factories rather than to housewives who offer lower prices. As a result, overfishing is a threat with detrimental consequences for the marine ecosystem. It takes 4 to 5 kilograms of fresh sardines to produce only 1 kilogram of fish meal.

Given the pace at which the situation on the ground is deteriorating, the Gambian government has taken a restrictive measure. It suspended the issuance of fish meal plant licences.

However, the NGO Greenpeace believes that it is time to do something more, bay stopping the operation of these plants. “History has shown that at one point in Northern Europe, these factories all packed up because the companies had emptied all the stock. So it’s the same story that’s being repeated here. When the stocks run out, they will move elsewhere,” Dr. Ibrahima Cissé, head of the “Oceans” campaign for Greenpeace Africa, told RFI.

It should be recalled that Greenpeace’s initiative in West Africa is part of the largest expedition in its history, launched in April 2019. The ship, the Esperanza, left London on an exploration trip that will last almost a year, linking the North Pole to the South Pole. The objective of this mission is to highlight the many threats to the oceans, and to call for the adoption of an ambitious international treaty to create a network of marine reserves on the high seas, the only effective tool for protecting the oceans.