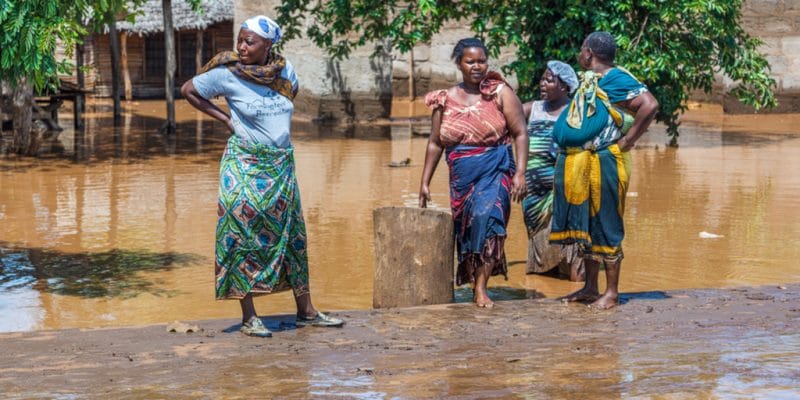 The floods that caused some 20 deaths in Ivory Coast have raised awareness in West Africa. In Burkina Faso, for example, students have mobilised to clean pipes around a dam in Ouagadougou. In Senegal, the government is providing 1.8 billion francs for sanitation in cities at risk.

The torrential rains that have fallen on West Africa in recent days have claimed several victims. In Ivory Coast, a total of 20 people died in heavy flooding in the city of Abidjan and several observers have accused the malfunctioning of the sanitation system. It was therefore in the wake of these tragic events that the Ivorian authorities announced a nationwide sanitation project.

With a budget of 530 billion CFA francs (over 807 million euros), the project will be spread over the period 2018-2033. It will allow the rehabilitation of existing facilities. This concerns 157 km of buried networks in the economic capital Abidjan, the rehabilitation of 4 pumping stations. It also involves the construction of 600 km of underground networks, 33 pumping stations and 4 water treatment plants in other cities in the country.

No details are given on the start of works but, according to the Department of Meteorology, showers will continue to affect the Abidjan District and cities along the west coast of the economic capital with a high risk of flooding in the coming days. The National Service for Civil Protection in Ivory Coast is also calling for maximum vigilance on the part of the population.

Gestures of solidarity in Burkina Faso

Several countries in sub-Saharan Africa are affected by anarchic construction with a poorly thought-out or virtually absent sanitation system. To this must be added the poor management of waste that clogs the pipes. It is to try to prevent this kind of disaster that students gathered within the movement “I care about my planet” undertook an operation to clean the pipes around the Tanghin dam, in the city of Ouagadougou.

It is about a water reservoir (where treated water is pumped and distributed throughout the city) important for Ouagadougou and for the city’s animal park. With the pipes blocked by the waste, the rising waters of this dam can easily pour its overflow on the capital of Burkina Faso. Coming from the University ” Aube nouvelle “, the students took advantage of the day of Saturday, June 23, 2018, to make human investment around the dam.

If the organisers of the movement, like Joseph Ouaro, speak of an act in favour of the preservation of the environment, it goes without saying that awareness is linked to recent flood risks. It must be said that in the event of heavy rain, the Wayalghin Canal (which redirects the city’s water) could easily become blocked. It should also be added that by this act, the urban park Bangr Wéogo is preserved from the rising waters.

“It is with small gestures we each do, every day, that will make Ouagadougou a beautiful and healthy city,” said Anatole Bonkoungou, the mayor of Ouagadougou, congratulating the students. He made a point of specifying that the municipality commits itself for the cleaning of the pipelines in the whole city.

It is also to anticipate flood risks that the Senegalese government has announced the release of a sum of 1.8 billion CFA francs, or more than 2.7 million euros for the maintenance of pipelines in cities at risk in the country.

“1.1 billion CFA francs will be made available now to anticipate certain actions related to flood management,” said Mansour Faye, Minister of Hydraulics and Sanitation. However, he did not give any further details on the work that will be carried out. But time is running out, especially as scientists say there will be a lot of rain this year in West African countries.