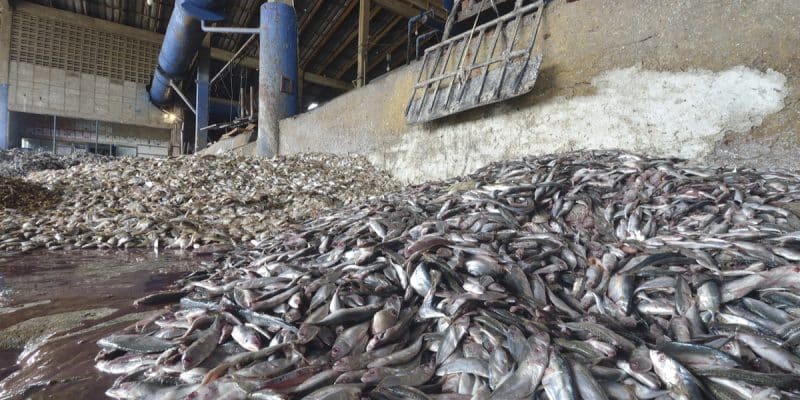 The report "Seasickness", which has just been published by Greenpeace Africa, denounces the pollution and plundering of fisheries resources in West Africa by Chinese, Turkish and Korean factory ships. The environmental NGO has launched a petition against this destructive overfishing, which has been exacerbated in the absence of local fishermen, who have been confined due to the Covid-19 pandemic.

The period from March to the end of July 2020 has been a boon to overfishing and illegal fishing in West African territorial waters. Fishing vessels from China, Turkey and also Korea took advantage of this period during which the containment measures due to the Covid-19 pandemic were put in place in countries in the region to plunder the fishery resources on which millions of people in Senegal, Mauritania and the Gambia depend.

The report entitled “Seasickness: While West Africa is confined by Covid-19, its waters remain open to looting” published on October 9th, 2020 by Greenpeace Africa indicates that at least eight Chinese fishing vessels were involved in suspicious activities between March and July 2020 off the coast of Senegal. All are named Fu Yuan Yu, but with different numbers. They fish at night in Senegal’s exclusive economic zone (EEZ), without it being known whether they have licences or whether they were obtained in accordance with the rules and procedures in force. The Chinese fishing fleet is thus taking advantage of regulatory loopholes and lack of transparency in the allocation of fishing licences. It uses every possible trick to avoid detection in territorial waters, such as displaying the same name on several vessels or switching off the satellite identification system that tracks the movements of vessels.

Damage to biodiversity and food security of fishing communities

West African fishermen survive on the sale of their catches, and for this to happen fish must be available and accessible. But this is no longer the case according to Greenpeace. “The global economy is in recession and the West African region is not spared. At the same time, however, the fishmeal and fish oil industry is expanding by using local fish stocks to produce food for pets, pigs and fish for the aquaculture industry in Europe and Asia at the expense of vulnerable populations in West Africa,” says Aliou Ba, policy advisor for the Ocean Campaign at Greenpeace Africa.

The NGO concludes its report by calling for the immediate closure of fishmeal factories in West Africa, the publication of the list of boats fishing in Senegal and the recognition of the profession of women fish processors. The NGO also calls on West African governments to work together to better manage and secure fish stocks, which are essential for the nutrition of the region’s populations.