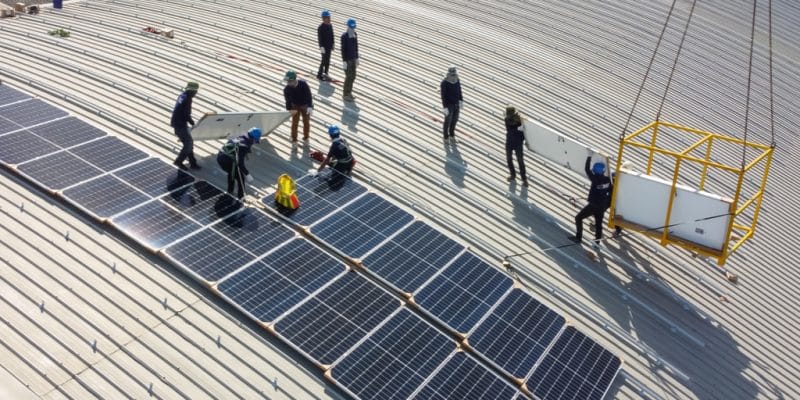 The Ivorian subsidiary of the French group Engie, which specializes in energy, has just been chosen by the Orange Services Group (GOS) to build a 355 kWp photovoltaic solar power plant. The future installation will supply its Datacentre located in West Africa.

The sustainability strategy of the cell phone operator Orange is being deployed in West Africa. The Orange Services Group (GOS) will install a 355 kWp solar power plant on its site in Abidjan, Ivory Coast. GOS has decided to entrust this contract to the Ivorian subsidiary (Engie Services Ivory Coast) of the French group Engie, which specializes in electricity production.

“This will be the first solar power plant to supply an Orange datacentre in West Africa,” says Elohim Salomon Akobe, the communications officer at Engie Services Ivory Coast. The company will also ensure the operation and maintenance of the future facility.

Benefits for Orange in Ivory Coast

The future solar power plant will be composed of monocrystalline modules spread over parking lot shades and the roofs of technical buildings. Engie Services Ivory Coast has eleven years to deliver the installation, which will reduce the GOS dependence on the national electricity grid. “With a production of 527 MWh of electricity in the first year, the GOS solar power plant will provide up to 30% of the site’s energy needs,” explains Salomon Akobe, the communications officer at Engie Services Ivory Coast. The group believes that the plant should also help avoid carbon dioxide (CO2) emissions.

Currently, the share of renewable energy in Orange’s energy mix in Africa is barely 24% through its subsidiaries in Ivory Coast, Liberia and Burkina Faso. The GOS solar project, which is a long-term project, should bring the operator closer to its goal of using 100% clean energy in its operations by 2040. Orange Ivory Coast unveiled this sustainability strategy on June 24, 2021 in Abidjan.