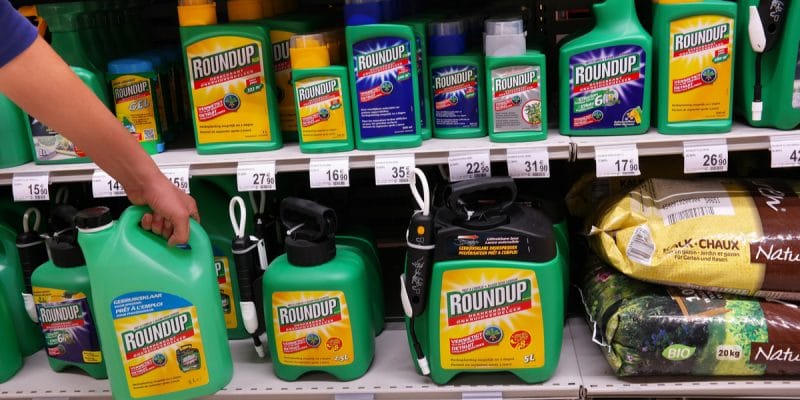 Glyphosate is facing a wave of protest in West Africa. Togo bans it, while Mali advises against its use. The powerful herbicide is decried for its devastating effects on the environment and human health.

The uncontrolled misuse of glyphosate will soon be a distant memory for West African farmers, or at least in two countries of the sub-region: Togo and, to a lesser extent, Mali.

After several years of controversy over glyphosate, the Togolese government has decided to ban the import, marketing and use of this pesticide and any products which contain it. A decree signed on December 19, 2019 by Noel Koutera Bataka, the Minister of Agriculture, Animal Production and Fisheries, grants a 12-month moratorium on the disposal of products already present on Togolese soil at the time of the ban.

In Mali, the authorities seem to want to follow the Togolese government’s lead. In a press release published on January 3, 2020, Mali’s National Directorate of Health and Public Hygiene expressed concern about the misuse of chemicals, particularly pesticides, in the agricultural sector. It states that “the use of these chemicals has enormous consequences on human and environmental health”.

Glyphosate is a chemical molecule with powerful herbicidal properties. It is recognised as the most effective total herbicide that destroys all forms of vegetation. Since the International Agency for Research on Cancer (Circ) classified glyphosate as a probable human carcinogen in March 2015, it has been banned in many countries because of its equally harmful effects on the environment. This is because this product is leached in the fields and ends up in nature, especially in water, where it destroys aquatic flora.

Although Togolese farmers have understood the need to ban chemical pesticides such as glyphosate, they are still concerned about how they will be able to replace these pesticides on their farms. Glyphosate itself is one of the alternatives to the problem of manual labour, which is acute in terms of availability and cost. “If the farmer uses glyphosate, it is not only because it is cheaper, but also because of the lack of labour for the job,” said Gnakou Essowè Deandema, president of the national federation of maize producers’ cooperatives in Togo, in a local media report.

To address this need for an alternative to glyphosate, research is already underway. “At the research level, there are tests that are being carried out on other molecules that are tending towards organic farming, but we cannot yet talk about results,” said Kossi Essotina Kpemoua, the scientific director of the Togolese Institute for Agricultural Research (Itra).