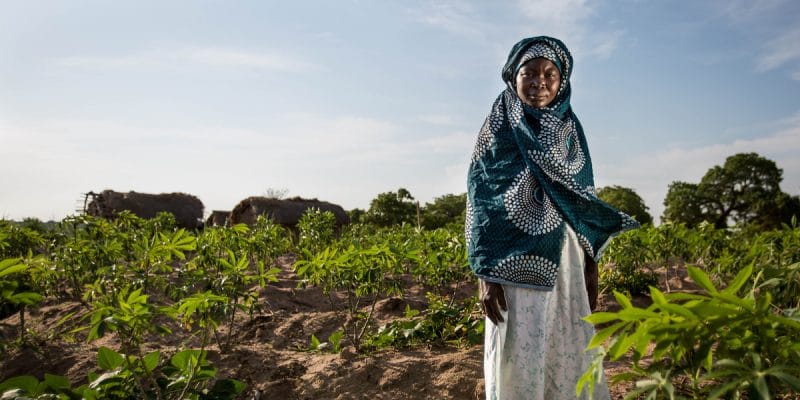 A team of researchers from West African Virus Epidemiology (Wave) is alerting public opinion to the proliferation of four agricultural plant diseases in West and Central Africa. According to the researchers, these diseases pose a threat not only to food security, but also to biodiversity.

Cassava mosaic”, “cassava brown streak”, “banana disease” and “sugarcane virus”, new pathologies that only existed on the Asian continent, are expanding in West and Central Africa. The alert was given on May 27th, 2021 in Abidjan, Ivory Coast, by a team of researchers from ten West and Central African countries, within the framework of West African Virus Epidemiology (Wave). An international research programme on the spread of viral diseases affecting root and tuber crops in Africa.

“These diseases are a threat to cassava and banana production. Animal biodiversity is not spared either,” says Dr Pita, Wave’s executive director. In rural areas, cassava leaves and stems are also eaten by animals. Infection of this strategic plant with the ‘cassava mosaic’ virus, or ‘cassava brown rot’, will not only lead to shortages, but will also make it a toxic food for animals.

“Cassava brown rot is a devastating disease that was discovered in Tanzania in the 1930s and is now definitely spreading to West Africa. Our work in the Democratic Republic of Congo (DRC) has confirmed its presence in Central Africa. However, according to field research carried out between 2015 and 2018, there is no evidence of its presence in Nigeria,” explains Dr Pita. According to the same source, in 1990 in Uganda, an outbreak of cassava brown rot caused the death of about 3,000 people due to famine.

Cassava has emerged as a strategic crop for food security and poverty reduction in Africa. The continent is the world’s largest producer of cassava (57%). The viral attack on cassava causes losses of around $3 billion a year in sub-Saharan Africa, according to Wave.