Homepage » UGANDA: Tiger Power to supply energy to 300 homes and businesses in Kyenjojo

UGANDA: Tiger Power to supply energy to 300 homes and businesses in Kyenjojo 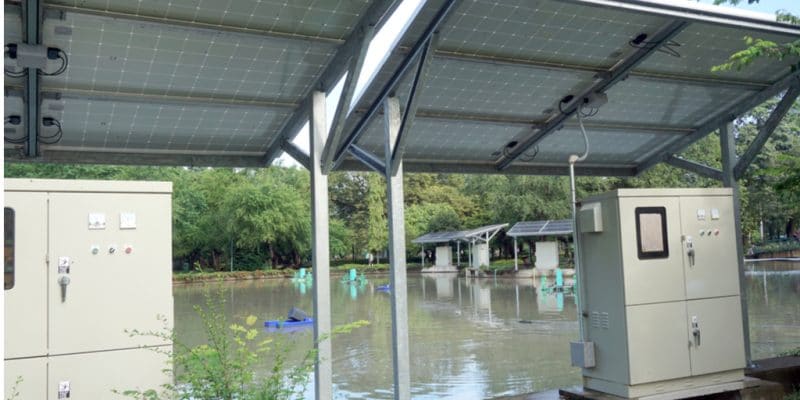 Tiger Power will provide solar power to 300 households and businesses in Kyenjojo District in western Uganda. It is the result of an agreement signed between the Belgian company and the Rural Electrification Agency (REA).

Meeting in Kampala, the capital of Uganda, the directors of Tiger Power, a Belgian company specialising in renewable energy production, and the Rural Electrification Agency (REA) signed an agreement that should enable the electrification of three villages in the Kyenjojo District in western Uganda. In all, 300 households, businesses in the villages of Kyaburyezibwa, Mukiti and Nyamicu will benefit from the project. These are mainly schools, health centres and mining companies as well as welding workshops.

“The project is starting immediately, so that by 2019 the villages will be lit and we will continue working in other regions,” says Godfrey Turyahihihikayo, REA’s Executive Director. Before entering into an agreement with REA, Tiger Power had carried out feasibility studies in the various villages concerned. According to AbuBakr Bahaj, who was part of the Belgian company’s delegation, the aim was to assess, “the exact needs of the populations”. The study prompted the company to install a mini-grid in each village.

The importance of storage

“REA will work on the energy distribution network. The government plans to provide electricity to 26% of the rural population by 2022. Currently, only 10% have access to it in rural communities,” says Godfrey Turyahihihikayo. But before this can happen, it will already be necessary to ensure that access to energy is secure for the populations of the three villages.

Depending on the villages, the mini-grids will have a capacity of between 50 and 100 kilowatts. They will be ready for use. A Tiger Power mini-grid consists of several solar panels that are installed above a container. In this white metal bass drum, there are hydrogen batteries. The company has named its storage system “Sunfolds”. It converts the excess energy produced during the day by solar panels into hydrogen, which is in turn converted into electricity on demand and at night. Thereby allowing permanent access to energy for the populations of the three villages.

However, through this project, the Belgian company is already thinking big. “The development of these three mini grids accelerates Tiger Power’s mission to build 200 mini grids in East Africa,” says Jonathan Lambregs, Tiger Power’s business development manager for East Africa. If the project is successful, the company will provide 25 mini-grids in Lamwo District in northern Uganda. As a reminder, Tiger Power is already supplying off-grid energy to villages in Rwanda and Uttar Pradesh State in India.