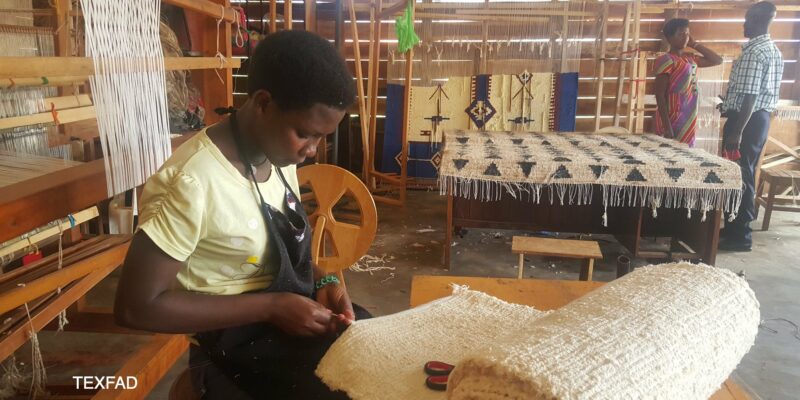 TexFad, a Ugandan start-up, has developed a process to turn banana tree waste into more sustainable products, including eco-friendly mats and hair extensions. By 2021, the start-up aims to sell 2,400 mats on the domestic and international markets.

For the year 2021, the start-up TexFad has set itself an ambitious goal: to manufacture 2,400 carpets from banana fibres, i.e. double its production in 2015. The start-up plans to enter new markets by June 2021, including the United States, Canada and Great Britain.

Uganda is one of the largest banana producers in the world. “After harvesting, banana stems are usually thrown away as waste. We have developed technologies for extracting the banana fibre and applying it to the production of high-quality banana fibre textiles and handicrafts,” says TexFad.

An asset for environmental preservation

In addition to mats for the home, the young Ugandan company also offers eco-friendly hair extensions, especially for women. “These beauty accessories are 100% natural. Once used, the extensions can be safely disposed of in nature. They will later become manure, thus helping to heal the soil,” explains Kimani Muturi, the founder of TexFad. He believes that in the coming years, banana fibres could, to some extent, be used to make paper products such as banknotes.

To date, the Ugandan start-up has 23 employees. Green Bio Energy, a French company based in the Ugandan capital Kampala, developed a technique in 2011 to replace charcoal with environmentally friendly charcoal made from banana tree waste . This fuel comes in the form of small cylinders stored in large boxes like pallets bretons. The innovation has given Uganda a breakthrough in the fight against deforestation and air pollution. Green Bio Energy has a factory in the capital Kampala, capable of producing two tonnes of green charcoal per day.