Homepage » UGANDA: Solar off-grids are being installed in barracks to reduce expenses

UGANDA: Solar off-grids are being installed in barracks to reduce expenses 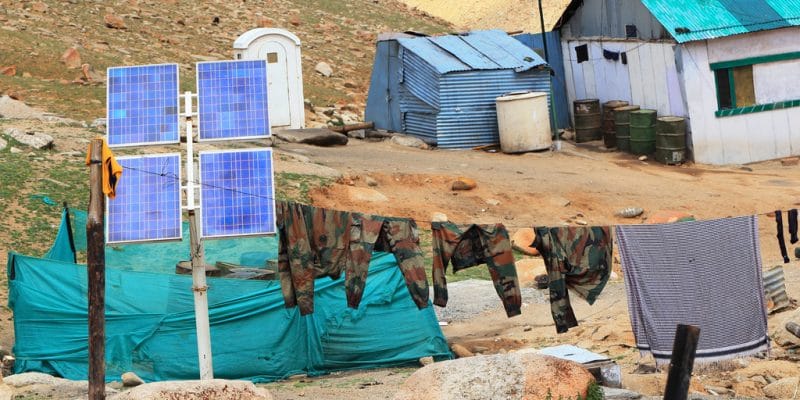 All military barracks in Uganda will soon be operating with solar photovoltaic off-grid systems. A pilot project to implement this solution is being tested at the Kololo military camp in Kampala, the capital.

To have a reliable and less expensive source of electricity supply. This is the objective of the Ugandan Ministry of Defence and Veterans Affairs, which wants to equip all its military barracks with solar photovoltaic off-grid systems. This is an ambitious project that aims to make savings within this ministerial department.

“Under the leadership of President Yoweri Museveni, the Ministry of Defence and Veterans Affairs is studying energy saving measures through the use of solar photovoltaics. We have therefore embarked on the project to install solar energy in army barracks,” says Adolf Kasaija Mwesige, Uganda’s Minister of Defence and Veterans Affairs. According to this official, each year the Ministry pays an average electricity bill of 19 billion Ugandan shillings ($5.2 million). However, the budget of this ministerial department rarely exceeds 7 billion shillings (around US$2 million).

A pilot project has been launched to help reduce the budget deficit that is affecting the functioning of the Ministry of Defence. This involves the installation of a solar photovoltaic off-grid system in the Kololo military barracks in Kampala, the capital of Uganda. This project was awarded to Nexus Green, an off-grid supplier with a strong presence in Uganda. Under the leadership of its President Baroness Sandip Verma (former British Minister for International Development, editor’s note), Nexus Green has also signed an agreement with the government to build a plant to manufacture solar water pumps for irrigation.

His current project with the Department of Defense and Veterans Affairs is to build an off-grid system that will consist of solar panels and a battery storage system that will provide electricity to the military camp after sunset. It will thus have a capacity of 516 kWp. If this pilot project is successful, the Ministry of Defence will gradually extend it to the rest of the country’s military barracks.