Homepage » UGANDA: Sinohydro asks for a new deadline for the delivery of the Karuma dam

UGANDA: Sinohydro asks for a new deadline for the delivery of the Karuma dam 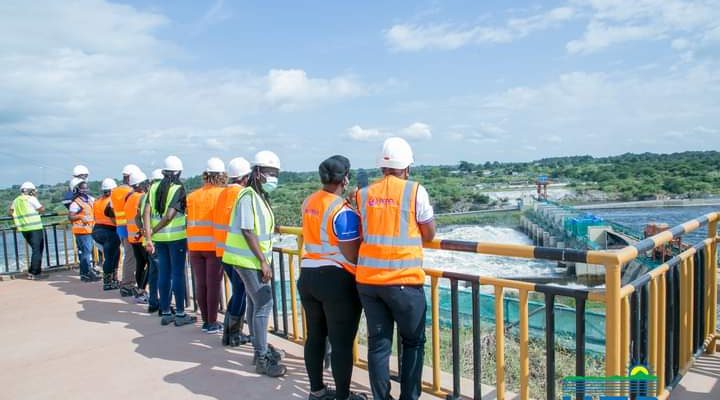 The Chinese company Sinohydro has just started negotiations with the Ugandan government to obtain an extension for the delivery of the dam and the 600 MW Karuma hydroelectric power station. The project, which is due to start in 2013, is partly financed by Exim Bank of China.

The first megawatts of electricity produced by the Karuma hydroelectric power station will still have to wait for the distribution of the first megawatts of electricity. The Chinese company Sinohydro responsible for its construction is behind schedule. The construction site is due to end on November 30th, 2020. The Beijing-based company has begun negotiations with the Ugandan government to extend the delivery deadline for the power station, construction of which began in 2013.

Initially, work on this project is expected to be delivered in 2018. In September 2019, Sinohydro completed the first operational tests of the dam, indicating that the project was 95% complete. It planned to commission the entire facility in December 2019. One year later, this is still not the case.

Negotiations between the Chinese state-owned enterprise and the Ugandan government promise to be difficult, as repeated postponements affect the due date for payment of the debt contracted by the Ugandan government to finance the project. This debt amounts to US$1.4 billion that Kampala will repay to Exim Bank of China, which financed the construction of the hydropower plant at 85%.

The Karuma Dam is being built on the Victoria Nile (the portion of the White Nile between Lake Victoria and Lake Kyoga, editor’s note). The reservoir is 20 m high, with a crest length of 312 m. The dam is located on the White Nile between Lake Victoria and Lake Kyoga. The dam reservoir is 35 km long and covers an area of more than 2,700 hectares. The gross volume of the reservoir is estimated at 79.87 million m³. It has six water intakes that feed the six Francis turbines supplied by the French company Alstom. They were installed in a power station built in a 200 m long cavern. Together, the six turbines produce 600 MW.

Defects on the dam

The delay in the delivery of the works is partly due to defects observed on the dam during an inspection visit by officials of the Uganda Electricity Generation Company Limited (UEGCL). “It is good that the non-conformities have been identified and need to be addressed so that testing can be carried out. All critical non-conformities must be properly identified and timeframes for their correction must be agreed upon,” said Isaac Mutenyo, Chairman of the UEGCL Engineers Registration Board, recently. He also warned against commissioning the Karuma hydroelectric dam before working on the identified imperfections. The authorities could be tempted to put this important hydroelectric installation into service in this pre-electoral period.