Homepage » UGANDA: Refugees will plant 50,000 trees across the country

UGANDA: Refugees will plant 50,000 trees across the country 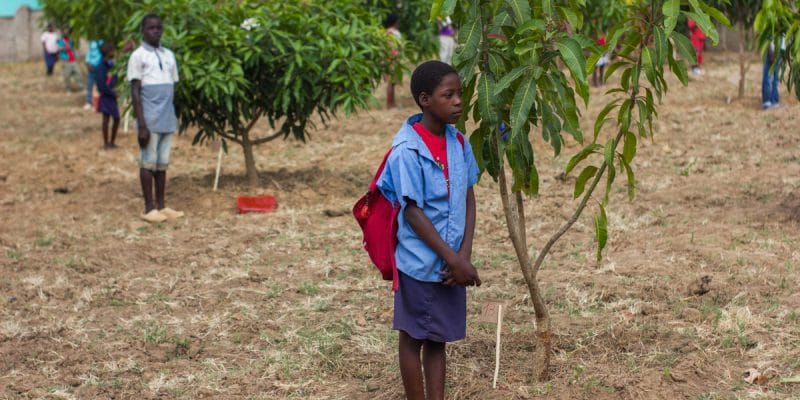 Grow-Trees.com (GT) will plant over 50,000 trees across Uganda. The operation will be carried out by 1.4 million refugees living in the East African country. The project, funded by the United States Agency for International Development (USAID), aims to reduce pressure on forests from refugees, while improving Uganda's ecological health and biodiversity.

Uganda’s National Forestry Authority (NFA) identifies fuelwood harvesting as the main cause of deforestation in the country. According to the government agency, more than 90% of household energy comes from fuelwood and charcoal.

In the refugee camps, deforestation due to fuelwood harvesting is even more pronounced. Almost 60% of the tree cover has been depleted in and around the settlements over the past 2-4 years. This is particularly evident in the refugee camps in Arua district, located 500 kilometres northwest of the Ugandan capital Kampala. The 170,000 displaced people living there occupy small plots of land where they raise their own livestock and receive rations. Here, their firewood, building poles and other woody resource needs all come from the surrounding vegetation.

It is in response to this dual challenge of restoring forests and strengthening the livelihoods of the more than 1.4 million refugees living in Uganda that Grow-Trees.com (GT) has announced its reforestation project. “Our planting project will help refugees and local communities meet their needs, reduce conflict over natural resources and ease pressure on the environment. In addition to providing useful products, the trees will provide shade, fodder and wind and weather protection. The planting activities will also improve the soil and vegetation cover in arid and treeless areas and, most importantly, provide employment,” says Bikrant Tiwary, CEO of Grow-Trees.com.

Funded by the United States Agency for International Development (USAID), the project will also plant trees in large school compounds to protect them from the sun.

GT’s first intervention outside his home country of India will help slow the decline in Uganda’s forest cover. According to official figures, the East African country has experienced severe deforestation over the past decade and has one of the highest rates of deforestation and forest degradation on the continent. In 1990, forest cover was estimated at 24% of total land area. By 2015, this had fallen to 12.4%, and today it is around 9%.