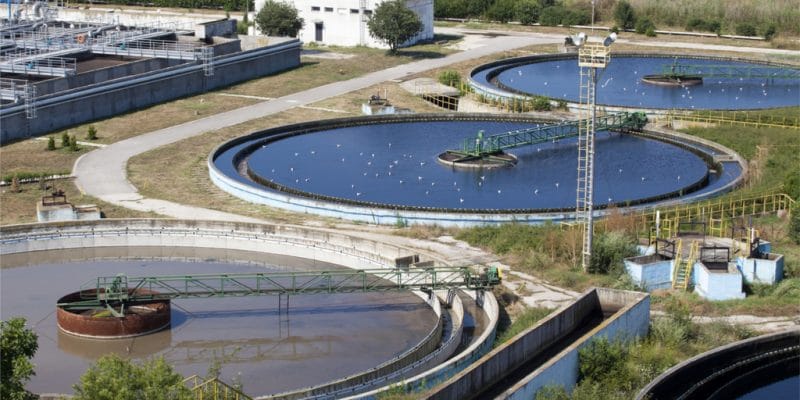 Construction of the Bugolobi-Nakivubo wastewater treatment plant is 95% complete. The report was drawn up by Silver Mugisha, the director of the NWSC (National water and sewerage corporation). Located in the capital Kampala, it is the largest plant of its kind in Uganda, which will enable wastewater to be recycled and electricity to be generated from biogas.

According to Silver Mugisha, director of the National Water and Sewerage Corporation (NWSC), construction of the Bugolobi-Nakivubo wastewater treatment plant is 95% complete. Delivery is expected by October 2018. He spoke after an inspection visit to the site which took place on June 22, 2018. The NWSC (Uganda publicly owned water supply and sanitation company, editor’s note) plant is being built in the capital Kampala to produce drinking water that will serve more than 850,000 people and treat 45,000 m3 of wastewater per day.

After his visit, Silver Mugisha addressed the press. He insisted on the service that the next factory will give particularly to Wankoko-Bugolobi, a district of Kampala. “Wankoko-Bugolobi’s stench will disappear. The new plant uses noise-free technology and biofilters will remove odours,” the NWSC director promised. In concrete terms, the plant will reduce odours through chemical processes that will intervene during the treatment stage by reducing the fermentation of algae, often the source of odours.

It must be said that the plant will be used to clean up the city of Kampala by diverting and treating wastewater from the heavily polluted Nakivubo Canal, which otherwise ends up in Lake Victoria. Experts believe that it will help to clean up the water of this great lake of Africa which counts 450 species of fish. The waste, or more precisely sludge from wastewater treatment, will be used to produce biogas. This will be used to generate electricity with a capacity of 630 KW.

The wastewater treated by the plant, which is nearing completion, will come from Kampala neighbourhoods such as Naguru, Ntinda, Nakawa, Bugolobi, Kyambogo, Kiwanataka, Banda, Kasokoso, Butabika and some surrounding areas. In the meantime, NWSC is also building a “state-of-the-art” wastewater treatment plant in Bugolobi (Kampala District), a wastewater pretreatment plant in Kinawataka. This project also includes the construction of a wastewater pumping station on the Kibira road (over 730 km from Kampala) and 31 km of sewerage network in the capital.