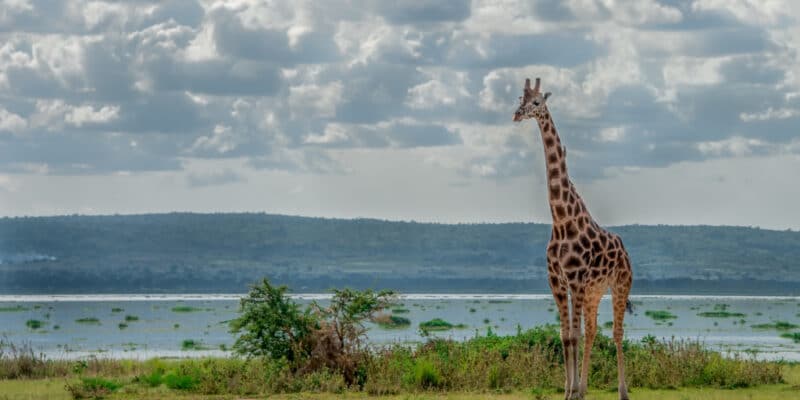 The French company Total has just signed the final agreement with the Ugandan and Tanzanian authorities for the exploitation of an oil field under the Ugandan part of Lake Albert. The concession will be operated in partnership with the China National Offshore Oil Corporation (CNOOC). However, this project is strongly contested by local populations and environmentalists.

The decision of the Ugandan and Tanzanian authorities sounds like a defeat for organisations defending the environment and the interests of local populations. The French company Total has just signed a final agreement to exploit oil under the Ugandan part of Lake Albert. The agreement was signed recently in Entebbe, in the presence of Yoweri Museveni, the President of the Republic of Uganda; Samia Suluhu Hassan, the Acting President of Tanzania; Patrick Pouyanné, the Chairman and CEO of Total; and representatives of the China National Offshore Oil Corporation (CNOOC), the Uganda National Oil Company (UNOC) and the Tanzania Petroleum Development Corporation (TPDC).

Lake Albert is the 7th largest lake on the African continent with a surface area of 5,270 km2, which is four times the size of the large city of Lagos in Nigeria (1171 km2). Located on the border between the Democratic Republic of Congo (DRC) and Uganda, this large lake is touted by scientists as the world’s richest lake in fish. With such resources, the lake is one of the main biodiversity hotspots of the African continent. But this ecosystem will soon be disrupted with the start of oil drilling.

Export of the first barrels of oil in 2025

In a joint report published in 2020, the International Federation for Human Rights (FIDH) and Oxfam state that the project led by Total, “if carried out, will affect more than 12,000 families and will cause the destruction of sensitive ecosystems in a region whose biodiversity is one of the richest in the world”. A ruptured oil platform would inevitably pollute the rich biodiversity of the lake, and thus the main livelihood of the fishing villages in the area.

With the approval of the two governments, the oil company Total and its partner CNOOC will start work on the site. According to Total, the Lake Albert development includes the Tilenga and Kingfisher upstream oil projects in Uganda and the construction of the East African Crude Oil Pipeline (EACOP) in Uganda and Tanzania. The Tilenga project, operated by Total, and the Kingfisher project, operated by CNOOC, are expected to reach a combined plateau production of 230,000 barrels per day.

The 1,440 km EACOP will link the oil fields to the Tanzanian port of Tanga, from where Ugandan oil will be exported. Faced with opposition from environmental organisations, Total has made a few promises. “All partners are committed to implementing these projects in an exemplary manner, taking full account of environmental and biodiversity issues and the rights of local communities, in accordance with the highest environmental and social standards advocated by the International Finance Corporation (IFC),” says Total.

And the situation in Lake Albert could get worse, as the oil company Oil of DRCongo, the subsidiary of the Fleurette mining group owned by Israeli businessman Dan Gertler, has announced the discovery of a three-billion-barrel oil reserve under the Congolese part of Lake Albert. According to Oil of DRCongo, this deposit could increase the DRC’s gross domestic product (GDP) by 25%, with a production of 50,000 barrels per day. Once again, the lake’s biodiversity is expected to suffer.