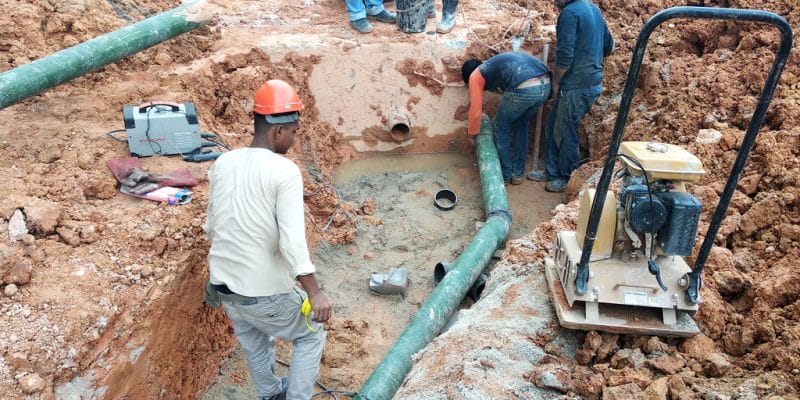 The French company Artelia Eau et Environnement and the German company HP Gauff have been selected by the Ugandan authorities for the rehabilitation and extension of the drinking water network in the city of Kampala.

The state-owned National Water and Sewerage Corporation (NWSC) is progressing with its project to rehabilitate and extend the drinking water supply network in Kampala, Uganda’s capital. It has recently chosen two companies to implement the project. The two companies are HP Gauff Ingenieure and Artelia Eau et Environnement, the subsidiary of the French engineering group Artelia. Concession contracts have recently been signed for the start of the project.

The two companies will have to replace 26 km of drinking water pipes in Greater Kampala. They will rehabilitate and extend 287 km of pipes. The project will also provide a 60 km secondary and tertiary distribution network along the Mukono-Katosi-Kisoga-Nyenga road. In anticipation of the commissioning of a water purification plant, the objective is to improve the drinking water supply in Kampala and satellite towns.

The construction site of the Katosi drinking water plant is located 50 km from Kampala in central Uganda. The work is being carried out by Suez International, a subsidiary of the French group Suez, and by Sogea-Satom, a subsidiary of the major construction group Vinci, based in Paris, France. Objective: Pump water from Lake Victoria to supply the 160,000 m3/day Katosi treatment plant. The installation will be accompanied by a pumping station in Namugongo near Katosi and a 15,000 cubic metre water reservoir at Sonde Hill. To transport water to the Ugandan capital, Suez and Sogea-Satom will install more than 55 km of pipelines.

In Kampala, the water will therefore use the network renovated and extended by HP Gauff Ingenieure and Artelia Water and Environment. The rehabilitation and extension of the network will take 52 months. The Ugandan government is financing this project with funds from the Kreditanstalt für Wiederaufbau (KfW), the German Development Agency, the French Development Agency (AFD), the European Investment Bank (EIB) and the European Union Fund for Infrastructure in Africa (EU-FIT).