UGANDA: How rising waters of Lake Albert are shaking ecosystems 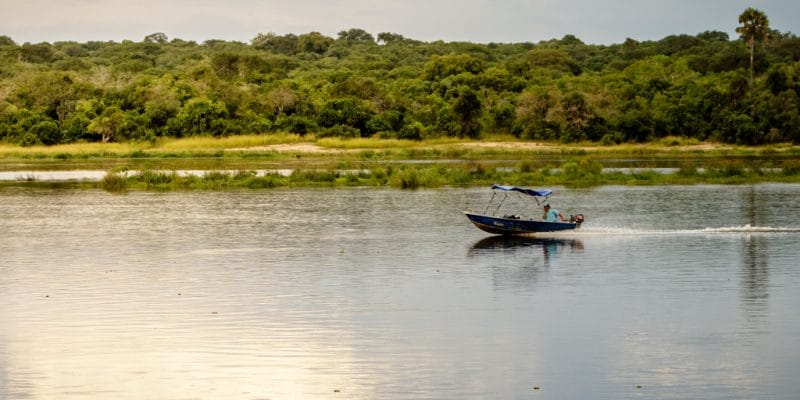 Schools and roads submerged by water, houses washed away, power lines damaged. In Uganda, the impact of the rising water level of Lake Albert is being heavily felt. And the heavy rains that are currently falling on the region do not seem to be lessening the damage to this lake located on the border between Uganda and the Democratic Republic of Congo (DRC).

If the economic losses of the rise in the level of Lake Albert in Uganda amount to 250,000 dollars, the environmental damage caused by this flood is more important. The phenomenon has already forced the displacement of several people, but also wildlife, including flamingos and elephants. The flooding also favours the displacement of some wildlife species such as crocodiles and hippos whose cohabitation is already difficult with humans.

In Buliisa, a district of 10,000 people, access to electricity was cut off when transmission lines fell. “When the electricity went, it became very difficult because you had to buy solar power equipment, which is quite expensive, and many people were left without jobs,” says Robert Mugume, a town councillor.

Lake Albert is about 160 km long and 30 km wide, with a maximum depth of 51 m and an altitude of 619 m above sea level. Its main sources are the Victoria Nile, from Lake Victoria in the southeast, and the Semliki River, from Lake Edward in southwest Uganda.

The impact of flooding

The fishing fleet on Lake Albert has grown from 760 boats in the mid-1960s to nearly 6,000 in 2011. In response to the surge in water levels in recent years, the government is considering the provision of fishing nets and other equipment that meet legal standards in order to strengthen the fight against illegal fishing on the site. The residents of Pakwach town, which borders Lake Albert and is a five-hour drive north of the capital Kampala, are the main ones affected.

Climate change, agriculture and poor land maintenance are among the causes of rising water levels in Lake Albert, leading to soil erosion and siltation. In this country, experts such as Rose Nakyejjwe, head of the environment in Masaka district, propose to retain rainwater, but also to dig tunnels that can drain excess rainfall, following the example of the showers that are expected in April and May over all East African countries.

In Kenya, the residents of Lake Turkana (6,405 km2), have lost a good part of their livelihoods since 2020, due to the increase in the water level of the lake making fishing impossible. In 2019, the water in Lake Turkana reached unprecedented levels ranging from 500 m to 800 m, submerging beaches, hotels, homes and institutional premises, displacing 24,300 people.

Also, in Kenya, Rothschild’s giraffes threatened with extinction due to poaching and loss of habitat were trapped by the rising waters of Lake Baringo. In April 2021, nine of them benefited from a rescue operation initiated by the Kenya Wildlife Service (KWS).

In addition to the destruction of crops and homes and the increase in wildlife attacks in Tanzania, the rising waters of Lake Rukwa could trigger epidemics and water-borne diseases among the people of Katavi, a region located 723 km from the capital Dodoma. This scenario is also feared in neighboring Malawi, where according to Alfred Banda, the head of the port of Nkhotakota, a possible rise in the water level of Lake Malawi would threaten the hydroelectric dams. To reduce the pressure on the dams, officials are increasing the amount of water released from the dams.