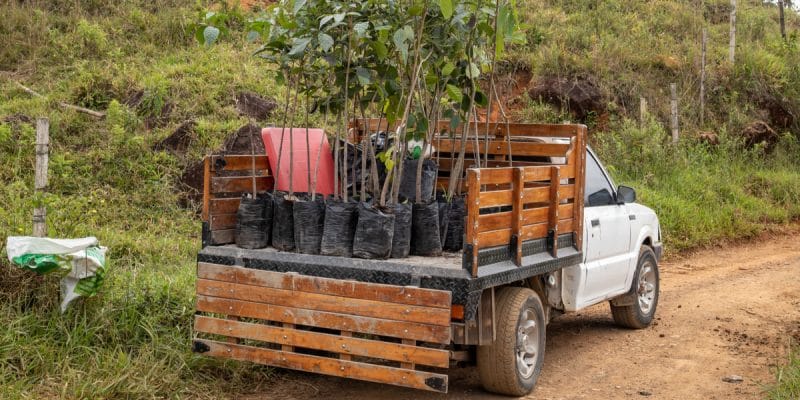 TSG 1899 Hoffenheim is working in partnership with Ugandan farmers to plant trees in the Kikonda Reserve in central Uganda. The German top-flight football club wants to neutralise 3,000 tonnes of CO² by May 2020, the end of the Bundesliga season.

The operation was launched in August 2019. To establish its carbon neutrality, the German first division football club, TSG 1899 Hoffenheim, chose to plant trees at Kikonda, a 12,182-hectare forest reserve in central East African Uganda. “Sport can and should assume its social responsibility in the fight against climate change,” said Stefan Wagner, Head of Business Development for TSG 1899 Hoffenheim.

To this end, the club buys reforestation certificates from the World Wide Fund for Nature (WWF), which enable it to plant the trees in the Kikonda Forest through local Ugandan farmers. TSG supporters also participate in the effort to purchase the reforestation certificates. At every game played at the club’s stadium (the PreZero Arena), fans can purchase a “Climate Ticket”. The ticket gives them the opportunity to pay an extra fee to finance the project.

With this approach, the football club intends to neutralise approximately 3,000 tons of carbon dioxide before the end of the current season of the German Bundesliga, which is scheduled for May 16, 2020.

There is CO2 emitted by the fans’ cars on their way to the stadium.

While TSG 1899 Hoffenheim claims to have guaranteed its carbon neutrality, the same cannot be said for the gases emitted by its supporters’ cars on their way to football matches. According to a study published in January 2019 by the German radio station Deutschlandfunk, Bundesliga fans emit 7,753 tonnes of CO² per match day.

However, the TSG’s project in Uganda is a godsend for the country, where the population faces relentless droughts, caused in part by the destruction of the vegetation cover. Uganda has lost about 4.9 million hectares of forest cover, the equivalent of 19,000 m², over the past 30 years.

The government has embarked on a national reforestation plan. Its 2040 vision targets the gradual restoration of the country’s forest cover from 15 per cent in 2010 to 24 per cent by 2040.