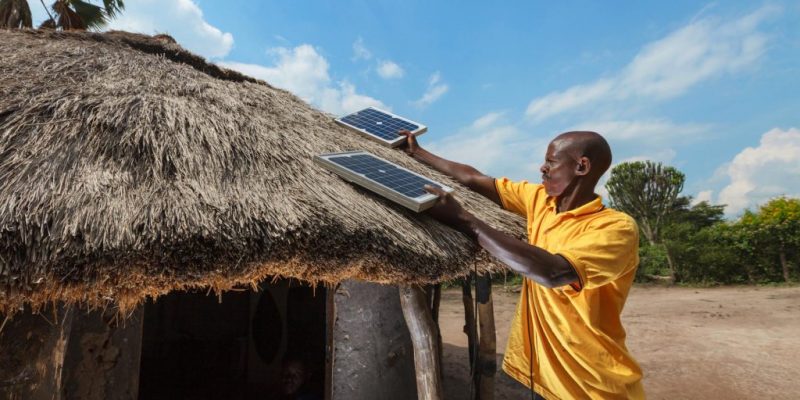 The European Investment Bank (EIB) has recently signed a $12.5 million loan agreement with Fenix International, the subsidiary of the French group Engie. Through this financing, the solar home systems provider aims to electrify 1.4 million people living in rural areas in Uganda.

According to the European Investment Bank (EIB), only one in five Ugandans living in rural areas has access to reliable electricity. The financial institution believes that solar home systems can help electrify homes in remote areas not served by Uganda’s national electricity grid. That is the rationale behind its $12.5 million loan to Fenix International, a supplier of solar home systems.

The subsidiary of the French group Engie has ambitions to extend the distribution of its solar home kits to rural areas in Uganda. “Our new partnership with the EIB in Uganda will enable Fenix to provide highly affordable systems to millions of people in villages across the country,” said Yoven Moorooven, managing director of Engie Africa.

In rural areas, solar systems distributed by Fenix International provide lighting as well as power for appliances such as radios, refrigerators, televisions and mobile phone charging. “The introduction of a pay-as-you-go model will enable families who would not be able to pay the initial costs of solar home systems to pay back the cost of the equipment over several years at less than 20 cents per day,” the EIB explains.

According to the European bank, the kits will help farmers sell their produce, create new markets for traders and improve their health. “The increased provision of reliable and affordable energy will create new opportunities for women and girls and reduce exposure to indoor pollution from current kerosene use,” the financial institution adds.

EIB’s loan of USD 12.5 million to Fenix International is part of the European Union’s commitment to the sustainable economic and social development of Uganda. Engie’s subsidiary will use the European Investment Bank (EIB) financing to distribute 240,000 solar home systems in rural areas, providing access to electricity to around 1.4 million people in the East African country. The Kampala-based company distributes its solar home systems in other African countries including Mozambique, Zambia, Nigeria and Côte d’Ivoire.

EGYPT: Kom Ombo solar park will finally be built by Sterling and Wilson