Homepage » UGANDA: Coca-Cola and Tooro join forces against the pollution of the Mpanga River

UGANDA: Coca-Cola and Tooro join forces against the pollution of the Mpanga River 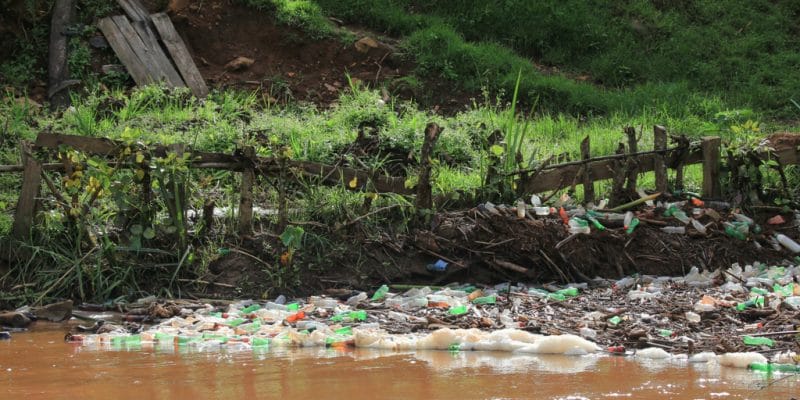 A partnership was recently signed between Coca-Cola Beverages Africa; the subsidiary of US soft drinks giant Coca-Cola, and the Kingdom of Tooro in Uganda. The aim is to implement an initiative to clean up the Mpanga River polluted by plastic waste.

Coca-Cola is one of the largest producers of plastic waste in Africa. Increasingly, this American soft drinks giant is multiplying initiatives to reduce the proliferation of this waste in the environment. For example, its subsidiary Coca-Cola Beverages Africa has just supported an initiative to clean up the banks of a river in Uganda. The Ugandan branch of the company has formed a partnership with the Kingdom of Tooro, located south of Lake Albert in the west of the country.

The aim of this alliance is to carry out the “Save the Mpanga River” initiative launched by this Bantu kingdom to clean up the river polluted by plastic waste. Crossing the Kamwenge district (Tooro region) before flowing into Lake George, the Mpanga River flows through many landscapes, nourishing the rich biodiversity existing throughout the Great Lakes region. It also allows the production of electricity from a power station (18 MW) operating with a dam in service since 2011.

The river Mpanga is currently polluted by non-biodegradable waste, especially plastic. The partnership signed between the Kingdom of Tooro and Coca-Cola Beverages Africa, represented by Rwenzori Bottling Company, which brings together the main players in the recycling industry in Uganda, aims to clean up the river banks over a period from October to December 2020.

The collection of plastic waste will take place along the 120 km of the Mpanga River. The Kingdom of Tooro will take the opportunity to conduct awareness campaigns among the population. The aim is to adopt the best environmental practices through responsible plastic waste management and recycling. Coca-Cola Beverages Africa will finance the operations to the tune of 20 million Ugandan shillings (over $5,400).

“The campaign to “save the Mpanga River” was launched three years ago. We conducted many activities, including a fundraising dinner that was just a drop in the ocean, because if we do not wake up today, we will lose it,” explained Joan Else Adyeeri, Minister of Tourism in the Kingdom of Tooro. She was speaking at the signing of the partnership with Coca-Cola Beverages Africa, at the UMA (Uganda Manufacturers Association) exhibition centre in Lugogo in the Ugandan capital Kampala.