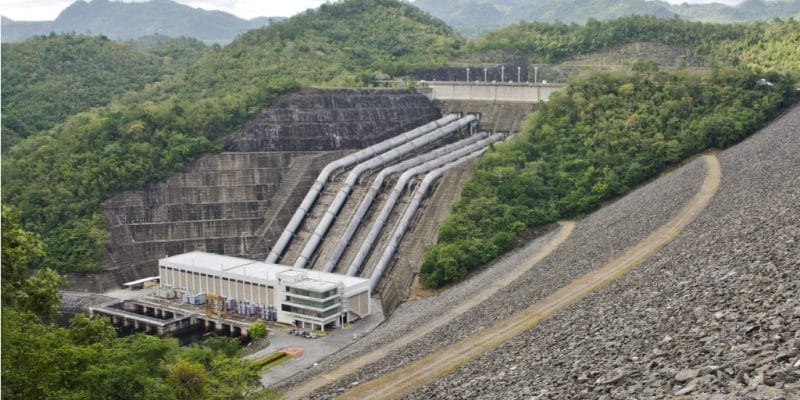 The Karuma hydroelectric project is already 85% complete, according to Li Huiting, the director of Sinohydro in Uganda. The site is in its final phase and the Chinese company’s engineers have completed the structural work and are now installing the machinery and equipping the buildings. According to Li Huiting, his employees work day and night installing the turbines.

“The final step is to design the structure and installation of the connection cables,” said Li Huiting. At this pace, the Chinese company, which has more than 131,000 employees, hopes to put the dam in use in 2019. The acceleration occurs after an initial delay. In April 2016, the construction site was not stopped for four months after cracks appeared on the dam. “But major repairs have been made to remedy the situation and prevent further cracks,” explains the director of Sinohydro in Uganda. Construction finally resumed in August of 2017.

Uganda relies heavily on renewable energy, including hydropower, for its economic development. That is why the development of this project is being scrutinised by the government of Kampala. Once construction is completed, the Karuma hydroelectric plant will be the largest in the country, with a production capacity of 600 MW. It is the first underground power plant in the country, and even in East Africa. The dam is built in tunnels at Karuma Falls on the Nile Victoria (part of the White Nile between Lake Victoria and Lake Kyoga, editor’s note).

This is a project that Uganda has been trying to implement since 1995. As a first step, Norpak, a Norwegian company employing 400 people, was awarded the contract to carry out the feasibility study and environmental impact assessment for the dam. The Norwegian company’s report was finally submitted in 2006. After a call for tenders, the same company takes over the project. It is then planned that the future dam will have a production capacity of 200 and 250 MW.

In 2009, the dam plans were modified to become a much larger 750 megawatt project. Norpak abandons the idea because of the “global economic crisis” linked to the subprime financial crisis.

The project therefore faces a funding problem. It is Exim Bank of China that finally comes to the rescue of the authorities by injecting about 1.4 billion dollars, of which $790 million represents a loan at the concessional rate, repayable over 20 years, while $645 million will bear interest at 4%, payable over 15 years, from the date of full commissioning of the dam. The Ugandan government itself has invested over $250 million, bringing the total cost of this project to over $1.6 billion. As usual with Exim Bank of China’s investments, the project has been entrusted to the Chinese company Sinohydro, which has just confirmed the near completion of the plant.