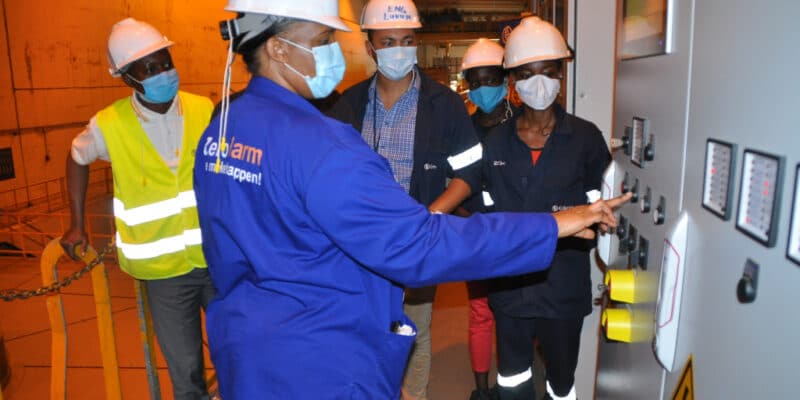 Eskom Uganda, the subsidiary of South African energy company Eskom, will invest 5 billion Ugandan shillings (about US$1.4 million) in the rehabilitation of the 200 MW Kiira hydropower plant. The project will be implemented by the Austrian company Andritz Hydro.

The operations initiated by Eskom Uganda are aimed at upgrading the regulator in units 14 and 15 of the Kiira hydropower plant, located just outside the town of Jinja in the Eastern Region of Uganda. The governor system is the main turbine controller in a hydropower plant. The system varies the flow of water through the turbine while controlling its speed and power output.

Eskom Uganda, the subsidiary of the South African energy company Eskom, awarded the contract to Andritz Hydro. The Austrian company will supply and install the new equipment, which will have a life cycle of 15 years. The aging electronic control system has been installed since 2007 by the German company Siemens. According to Eskom, the new equipment not only provides state-of-the-art technology, but has also been designed to improve the efficiency and reliability of the units.

An investment of nearly $1.4 million

“This is a new investment in the Kiira power station, in line with Eskom’s mandate to maintain and operate the Kiira and Nalubaale power stations,” says Thozama Gangi, Eskom Uganda’s managing director. To complete the entire operation, the company has provided 5 billion Ugandan shillings, or about $1.4 million.

The Kiira hydropower plant operates from the Owen Falls Dam on the White Nile between Lake Victoria and Lake Kyoga. The plant was built in the early 2000s and consists of five Francis turbines, each with a capacity of 40 MW, for a total capacity of 200 MW. In 2003, Eskom, which had just set up a subsidiary in Uganda, was awarded the concession to operate, manage and maintain the Kiira hydroelectric power station.