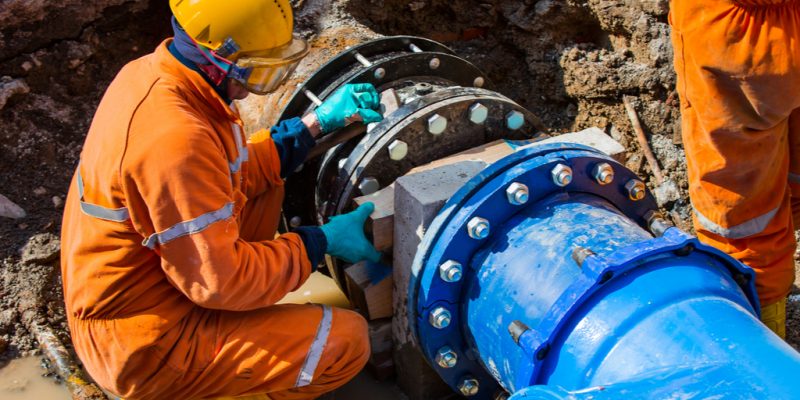 The Ugandan government has recently obtained a loan of 6.5 million dollars (24 billion Ugandan shillings) from the African Development Bank (AfDB). The funds will enable the Ugandan engineering company Vambeco to construct a drinking water pipeline and other facilities in Busaana sub-county, Kayunga district in Uganda.

The Uganda Strategic Towns Water Supply and Sanitation Project has just received funding from the African Development Bank (AfDB). The financial institution is lending more than 6.5 million dollars (24 billion Ugandan shillings) to implement the second phase of the project launched in 2018. It concerns the construction of a drinking water pipeline in Busaana locality, Kayunga district in central Uganda. Reservoirs will also be built in the villages of Kaazi, Bugadu, Kyampisi and Kiwangula to supply the entire Busaana locality.

At present, the people of Busaana use water from boreholes and unprotected springs. The drinking water project is also expected to extend to the semi-arid areas of Bbaale and Galilaaya sub-counties, also in Kayunga. “Due to population growth, Kayunga’s current piped water system is not sufficient (71% water coverage) and we expect that in 5 years time, the towns in this district will have a population of about 100,000 people,” says Alex Twinomucunguzi, the Deputy Commissioner for Urban Water in the Ugandan Ministry of Water and Environment.

A project carried out by Vambeco

The second phase of the Strategic Urban Water Supply and Sanitation Project in Uganda will be executed by the Ugandan engineering firm Vambeco. After connecting the towns of Kayunga to the Ugandan water network, the townships of Nakifuma and Kabimbiri in Mukono District will follow.

The first phase of the Strategic Towns Water Supply and Sanitation Project in Uganda was completed in 2019. It is now providing clean water from the Nile to the people of Kasana region in Busaana sub-county. The Kasana drinking water project cost the Ugandan government more than $3.25 million, the equivalent of 12 billion Ugandan shillings.