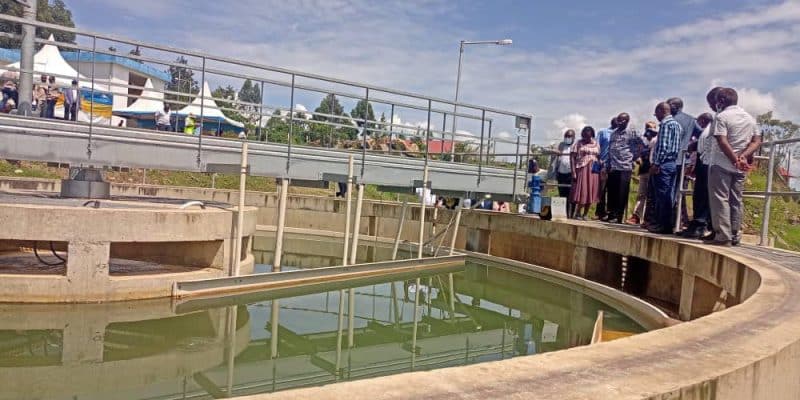 The Rukungiri Water Supply and Sanitation Project in the Western Region of Uganda is nearing completion with the inauguration on 24 November 2022 of new infrastructure to serve 163,000 people.

After six years of waiting, the people of Rukungiri, in the Western Region of Uganda, are finally receiving continuous access to clean water. This is thanks to the inauguration of new water and sanitation facilities built as part of a project launched in the district in 2016.

The National Water and Sewerage Corporation (NSWC) initially contracted the Indian company Technofab Engineering, but is taking over the project in March 2021 due to “slow progress in the work of the original contractor”, said Silver Mugisha, the managing director of the Ugandan state-owned utility. All work at Rukungiri has been completed, NSWC says.

Several water storage facilities have been built, including a 700m³ reinforced concrete main balancing tank at Mukazi Hill, a 150m³ steel tank for Kebisoni sub-county, 150m³ and 320m³ steel tanks for Buyanja sub-county, and a total distribution network of 13km.

A total of 163,000 people will benefit from the facilities until at least 2040 in the Rukungiri, Buyanja, Kebisoni and Kahengye areas of Ntungamo district, says the Ugandan Ministry of Water and Environment. NSWC will operate and maintain all the facilities.

As part of the sanitation component of the project, NSWC has constructed public latrines to reduce open defecation. The entire project cost 44 billion Ugandan shillings (about US$11.8 million), financed in part with a World Bank loan.