Homepage » UGANDA: A coalition for a campaign against plastic pollution

UGANDA: A coalition for a campaign against plastic pollution 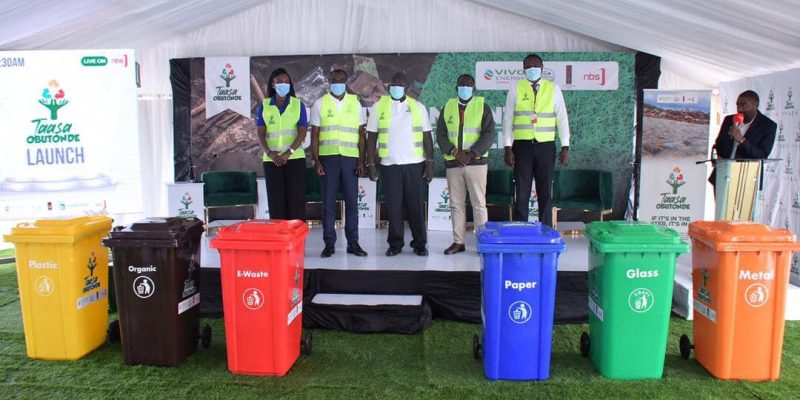 A partnership was recently signed between Vivo Energy's Ugandan subsidiary, Stanbic Bank Uganda, Next Media Services, Uganda Breweries and the National Environment Management Authority (Nema). The partners will collaborate in an awareness campaign called "Save the Environment".

After Coca-Cola Beverages Africa (CCBA), it is the turn of the Dutch company Vivo Energy to support the fight against plastic waste pollution in Uganda. Its local subsidiary has entered into a partnership with Stanbic Bank Uganda, Next Media Services, Uganda Breweries and the National Environment Management Authority (Nema).

These companies will implement the “Save the Environment” initiative. The three-year campaign aims to raise awareness about the dangers of plastic waste pollution. Ugandan households will also be educated on sustainable plastic waste disposal techniques.

Up to 1,500 tonnes of plastic waste produced per day

According to the Ugandan authorities, 1,500 tonnes of plastic waste are generated every day in the country, of which only 500 tonnes are properly managed. Much of it ends up on the streets and pollutes waterways. To reach as many people as possible, the five partner companies in the programme will broadcast documentaries and sketches on Next Media Services’ TV and radio channels, as well as on online platforms.

As part of the partnership, Stanbic Bank Uganda will fund the awareness campaign. Uganda Breweries generates about 24,000 tonnes of waste per year, including plastic waste through its packaged drinks. The company is committed to achieving a target of zero waste to landfill by 2030. “Environmental protection is a key pillar of our company’s sustainability. That’s why we support the ‘Save the Environment’ campaign,” says Gilbert Assi, Vivo Energy’s managing director.

The Dutch oil company is also involved in environmental clean-up projects in Kenya. In 2019, Vivo Energy has teamed up with Geocycle to collect and dispose of waste oil from Shell service stations in Kenya. The facilities collect about 20,000 litres of waste oil each month.

Cyril Courjaret: “My challenge is to prepare for the future growth of SUEZ in Africa”