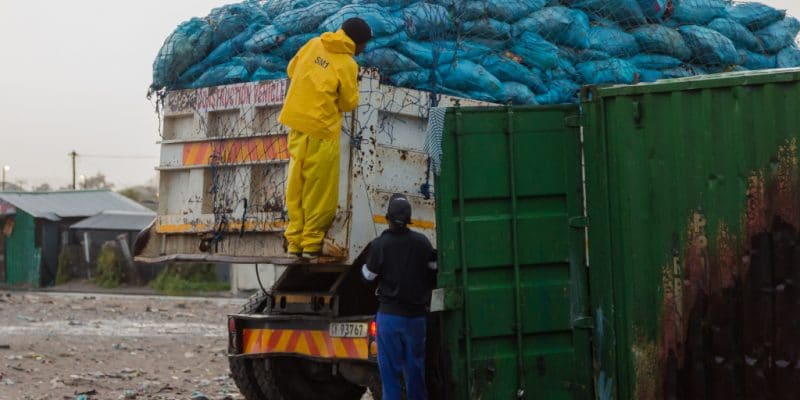 Faced with growing insalubrity in West African cities, the West African Development Bank (BOAD) is launching a sustainable waste management mechanism called "Upop". The programme, which aims to improve collection and treatment systems, will be implemented over the next five years in the six member countries of the West African Economic and Monetary Union (WAEMU).

According to the World Bank, one person in Senegal produces 190 kg of waste per year, while the city of Cotonou in Benin generates 700 tonnes per day. These figures inspired the West African Development Bank (BOAD) to launch the Regional Project to Support Sustainable Waste Management and Reduce Emissions of Unintentional Persistent Organic Pollutants (UOP).

The initiative will be financed to the tune of 73.2 billion CFA francs (over 111 million euros) via a Global Environment Facility (GEF). The programme will enable the establishment of new solid waste treatment facilities in the six member countries of the West African Economic and Monetary Union (WAEMU).

Scheduled to last five years, Upop will be implemented in the cities of Parakou in Benin, Ouagadougou in Burkina Faso, Bamako in Mali, Niamey in Niger, Thiès in Senegal and Lomé in Togo. These municipalities will follow up on the project under the coordination of AfDB Vice President, Braima Luis Soares Cassama and his Commissioner in charge of the Department of Agriculture, Water Resources and Environment (DAREN), Kako Nubukpo.

“West African cities produce about 30,000 tonnes of household waste every day, half of which is poorly managed. The aim is to put in place a solid waste management mechanism that takes into account collection, disposal, sorting, recycling, recovery and final treatment,” explains Ibrahim Sow, the regional coordinator of the GEF. Ultimately, the initiative will also contribute to the promotion of behavioural changes in terms of environmental preservation in the UEMOA community space.