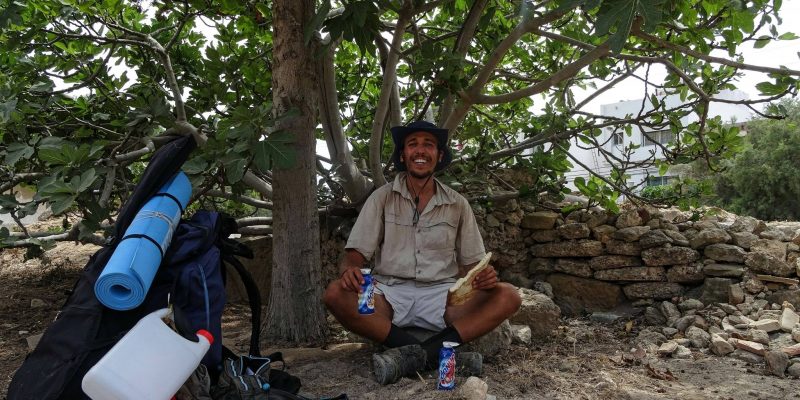 Mohamed Oussama Houij has taken up his challenge. In more than a month, he travelled 300 km along the Tunisian beaches to remove garbage. He collected more than a ton of waste; an original action to raise awareness on environmental protection.

“I walked tirelessly in the sun and rain. I cleaned with my own hands what humans are not ashamed to show. Under mocking eyes and hateful comments, I raised the flag of an ideal and a madness that many did not believe possible.” It is with those words that Mohamed Oussaba Houij chose to describe his “pilgrimage” to the Tunisian beaches. He began the journey in early July 2018 and did not complete until August 27 2018, when he entered Soliman, a town in the governorate of Nabeul.  Mohamed collected more than a ton of waste on 30 Tunisian beaches. 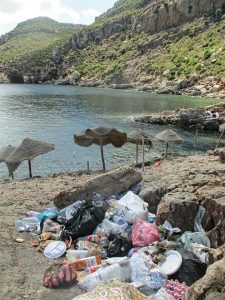 The “nature soldier” created a Facebook page which he called “300 kilometres”. Via this channel, he transmitted in real time photos, videos and texts concerning his “pilgrimage”. A page that, to date, already has nearly 18,000 subscribers. This was for Mohamed a way to raise an alarm about the pile of garbage littering the Tunisian beaches. “I believe in the impetus of citizenship and I have chosen to act from the outside and to make people aware of the problem of pollution on our beaches,” he explained to Agence France Presse. Through his selfless act, he also wants citizens to realise that it is abnormal to leave plastic bottles and bags on the beaches. This action seems opportune, at a time when, according to the report published in June 2018 by the World Wide Fund for Nature WWF, the Mediterranean Sea is being “transformed into a dangerous plastic trap, with record levels of pollution that endanger marine species and human health”.