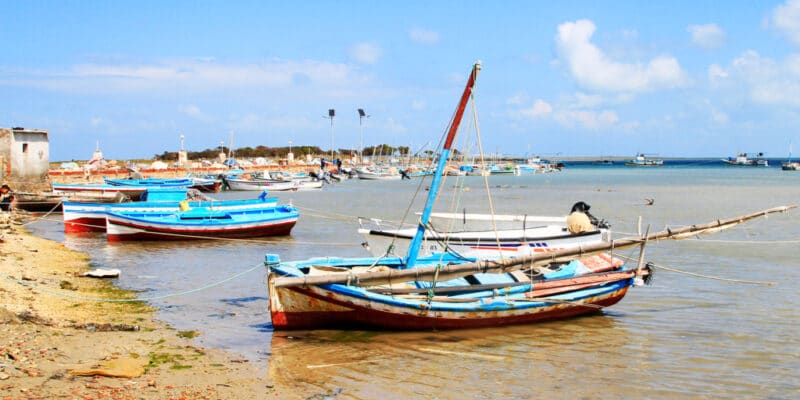 The Tunisian branch of the World-Wide Fund for Nature (WWF) is launching a call for tenders for the selection of a consultant to analyse the state of plastic waste pollution in the Kerkennah Islands in Tunisia. Interested consultancies have until April 23rd, 2021 to submit their proposals.

The World Wildlife Fund (WWF) is supporting Tunisia in the management of plastic waste on the Kerkennah Islands. Its local branch in collaboration with the Mediterranean Agronomic Institute of Montpellier (CIHEAM Montpellier) is planning to produce a comprehensive document on the state of play of plastic pollution in Kerkennah, a group of 14 islands and islets located off the east coast of Tunisia, in the Gulf of Gabes.

WWF-Tunisia is looking for a consultant to carry out these various studies, including the analysis of the state of pollution in the Kerkennah Islands, the qualification, as well as the quantification of waste generated and existing in the wetland ecosystems of the archipelago.

Preservation of the ecosystem

Companies interested in the call for expressions of interest have until April 23rd, 2021 to apply. According to WWW-Tunisia, the selected consultant will carry out its mission in five phases. The first stage, which will begin in May 2021, will involve the presentation of the intervention methodology. This will be followed by a diagnosis of the current state of pollution on the Kerkennah Islands between July and August 2021. In the third phase, the consultant will produce a first report. A second diagnosis will be made during the summer season in Tunisia, and then a final report will be produced.

To date, WWF estimates the production of plastic waste in Kerkennah at 7,000 tonnes per year. As the island group has only one landfill, much of this waste ends up in the environment, degrading its fragile ecosystems and threatening the health of the population. In addition, plastic pollution has a negative impact on tourism in Kerkennah, the archipelago’s main economic activity.

The project implemented by WWF in Tunisia is part of the “Kerkennah Plastic Free” strategy developed by the Devlok project, and of the strategy for the conservation of small wetlands in the islands led by the MedIsWet “Mediterranean Island Wetlands” project. The Devlok project team is also announcing the launch of a specific call for proposals for the creation of a company to convert plastic waste in the Kerkennah Islands into more sustainable products. Proposals are expected until May 15th, 2021.