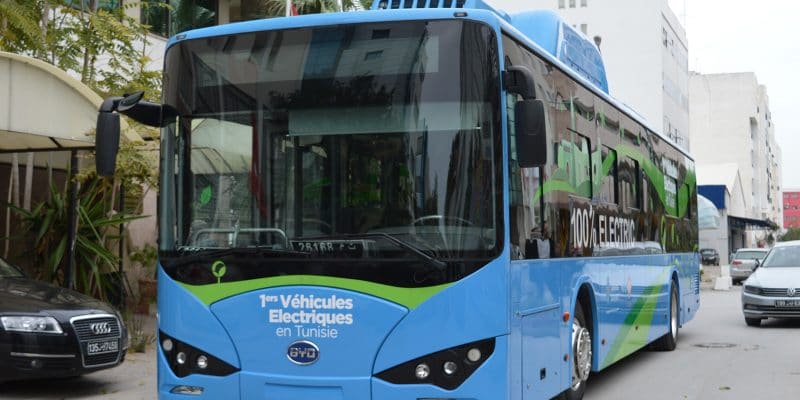 The Tunisian government presented a 100% electric bus on November 19, 2018 in Tunis the capital. The eco-friendly vehicle, imported from China, is integrated into the capital's public transport network for a six-month experimental period. The operation is the starting point of the project to save energy and preserve the environment in the Tunisian transport sector.

The city of Tunis is taking its first steps towards a sustainable city. On the 19th of November 2018, the capital of Tunisia hosted a ceremony to present the very first 100% electric bus, which will provide transport for people in the town’s main streets.

The bus, with a capacity of 90 passengers, 28 of whom are seated, has a range of 250 kilometres and is equipped with an ultra-fast charger that can recharge the battery in just 3 hours. This charging device can easily be installed in parks or terminals, knowing that in just half an hour, a range of 100 kilometres can be achieved. The cost of such a vehicle ranges from $180,000 to $400,000. The manufacturers of the bus estimate that, given the current surge in oil barrels, the vehicle can be depreciated in five years, and that it has a lifespan of 10 to 12 years.

The capital Tunis takes a step towards the sustainable city concept

The first electric bus to run on Tunisian soil is the work of the Chinese giant BYD, ranked first supplier of electric vehicles in the world in 2017 (for the third consecutive year) with more than 113 thousand vehicles sold. With $17 billion in sales in 2017, the company now has more than 220,000 employees and more than 33 industrial parks worldwide.

The BYD electric bus was imported by the Al Badr Group (specialised in the realisation of megaprojects in renewable energies) for the benefit of the Tunisian Agency for Energy Management, in accordance with the partnership agreement that both parties signed in 2017. “This bus was made available to the Ministry of Transport for testing over a period of 6 months by the Tunis transport company (Transtu),” explains Abdellatif Kallel, Executive Director of the Al Badr group.

The presentation of this technology reflects the desire of public authorities to promote electric mobility. It is in this spirit that the Al Badr Group, partner and official distributor of BYD in Tunisia, intends to enter into an industrial partnership for the assembly of electric vehicles. To this end, a specific 6,200 m2 site is being built in Bir El Kassaa in the north of the country, with a production capacity of 50 to 80 buses per year and between 2000 and 3000 light vehicles per year. BYD also tested an electric bus last month in Alexandria, Egypt. And the group plans to set up plants in Morocco and even in France. While in sub-Saharan Africa, other manufacturers have also embarked on the electric bus adventure. One example is Bolloré in Ivory Coast and Congo-Brazzaville.