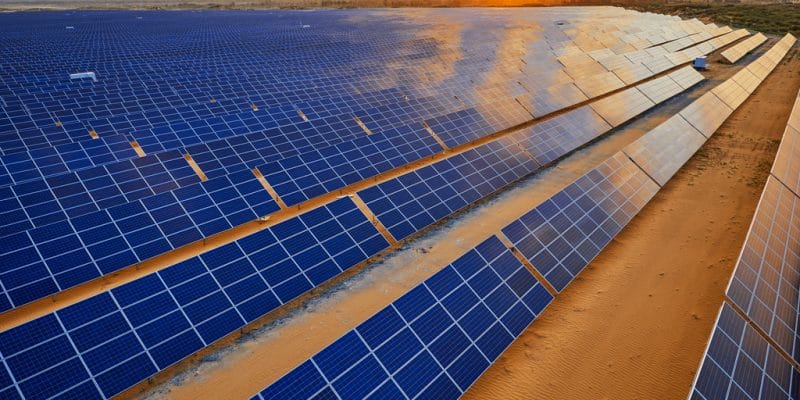 The 10 MW Tozeur 1 solar power plant has recently been commissioned. The construction of Tozeur II was launched at the same time. It will also supply 10 MW to the grid of the Tunisian Electricity and Gas Company (Steg).

The Tozeur I photovoltaic solar power plant is now operational. It was recently commissioned by the Head of Government, Youssef Chahed, during a double ceremony marked by the launch of the construction work on Tozeur II.

The Tozeur II solar power plant will have the same production capacity as the Tozeur I plant, which has 10 MW. Together, the two facilities will occupy an area of 40 hectares. The project is being implemented by the Tunisian Electricity and Gas Company (Steg), which has entrusted the work to the Italian company TerniEnergia.

The Engineering, Procurement and Construction (EPC) contract between TerniEnergia and Steg provides for the installation of a battery storage system. The objective is to allow the Tozeur I solar power plant to continue to supply electricity after sunset. The Tunisian authorities estimate that the electricity it will produce will prevent emissions of 8.7 million tonnes of CO2 per year. This project is also a boon for the public company Steg, since it will save the equivalent of 2,900 tonnes of oil per year.

At the inauguration ceremony, Tunisian Prime Minister Youssef Chahed recalled that Tozeur’s solar project “is part of Tunisia’s energy plan to produce 30% of electricity from renewable energies”. Tozeur I and II will cost a total of 62 million Tunisian dinars (19.3 million euros).

The project is financed by a €11.5 million loan, complemented by a €1.5 million grant from Kreditanstalt für Wiederaufbau (KfW), the German development agency. This financial support comes under the European Union’s Neighbourhood Investment Facility (NIF). A further €500,000 grant was provided directly by the German government as part of the International Climate Protection Initiative (IKI), an initiative of the German Federal Ministry for the Environment, Nature Conservation and Nuclear Safety. It focuses on mitigation and adaptation to the effects of climate change and the protection of biological diversity.