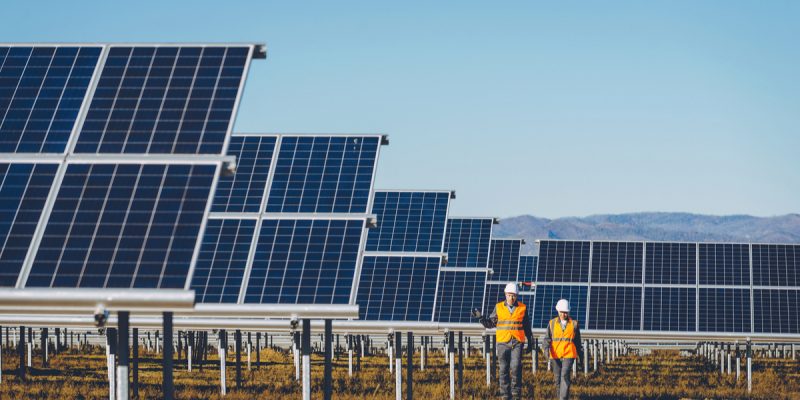 India wishes to include Tunisia among the members of the International Solar Alliance (ISA). This integration will mark the starting point for the strengthening of the Tunisian-Indian partnership in the solar energy field. The North African country intends to reduce its consumption of fossil fuels by 30% by 2030.

Tunisia could join the International Solar Alliance (ISA) despite its non-statutory geographical position. Although its solar irradiation is not negligible (between 1800 and 2600 Kilowatt-hours per square metre per year), the country is not in the equatorial zone as is the case for the 121 members of the ISA. A geographical restriction that India intends to lift, in order to allow countries outside the equatorial zone, such as Tunisia, to join the solar energy promotion initiative.

This reform project was announced on July 3, 2020 in Tunis by Puneet Kundal, India’s ambassador to Tunisia, who was received in audience by the Tunisian Minister of Energy, Mines and Energy Transition, Mongi Marzouk. During the exchanges, the two authorities expressed the mutual desire of their two countries to strengthen their partnership in the field of renewable energy.

Tunisia is in fact preparing to launch major projects in the fields of photovoltaic solar energy and wind power, the aim being to reduce its fossil fuel energy consumption by 30% by 2030. Hence the support sought from India, the co-initiator country of the ISA.

The ISA is a joint initiative of France and India, launched in 2015 at COP 21, in an unprecedented effort in favour of solar energy. The purpose is to produce regulations, norms and standards for solar energy, in order to achieve rapid and massive deployment in countries rich in solar radiation, where risks are still perceived as high. The ISA is putting in place concrete tools, capacity building measures and innovative financial instruments.

One example is the harmonisation of public policies, regulations and tariffs between countries. The effects are the reduction of uncertainties in projects, the strengthening of the economic viability of solar projects and the assurance of investors.

The International Solar Alliance (ISA) plans to facilitate the installation of more than 1000 GWp (Gigawatt peak) of additional capacity by 2030, with an estimated financing of 1000 billion dollars over the same period.