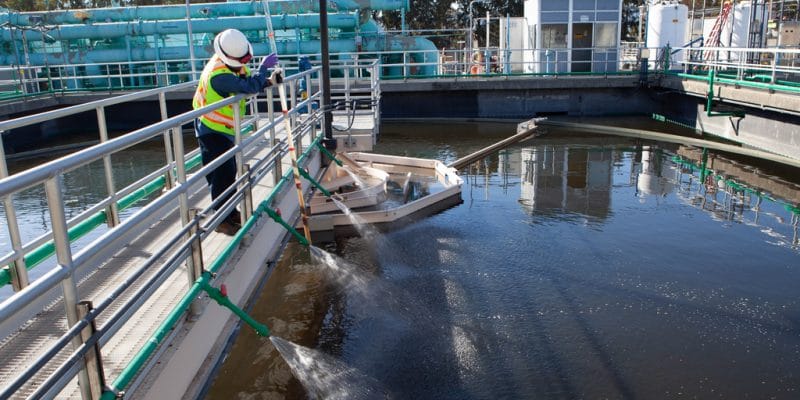 The project to improve the water environment in local towns is starting in Tunisia. Implemented by the National Office of Sanitation (ONAS), the project aims in particular to extend the capacity of treatment plants and sewerage network.

A new sanitation project is being implemented in Tunisia. The project is initiated by the Tunisian government, which has named it “Project to improve the water environment in local cities”. The National Sanitation Office (ONAS) launched the work on April 15, 2022.

The project is implemented in the governorates of Beja, Jendouba, Siliana, Le Kef, Bizerte, Zaghouan, Sidi Bouzid, Kasserine, Kébili and Sfax. The objective of the Tunisian government is to improve the living conditions of populations, impacted by pollution.

Indeed, the effluents present a direct health risk due to the presence of pathogenic organisms, such as bacteria, viruses and parasites. Thus, the project provides for the modernization and expansion of the capacities of five treatment plants in the governorates of Tabarka, Beja, Jendouba, Medjez El Bab and Siliana. The wastewater treated in these plants is returned to nature.

ONAS will also be responsible for the rehabilitation and extension of 662.4 km of pipes, as well as 43 pumping stations in the 10 governorates concerned. The public company will also acquire equipment for the operation and maintenance of sanitation facilities. In addition to preserving the environment, the implementation of this project will allow the Tunisian government to make savings. According to the International Center for Advanced Mediterranean Agronomic Studies (CIHEAM), the Tunisian economy loses about 20 million dollars a year in pollution control projects.

With the budget of 239 million Tunisian dinars (about 73.6 million euros), ONAS, hopes to cover all the work of the “Project to improve the water environment in local cities. A loan agreement was signed on June 21, 2013 between the Tunisian government and the Japan International Cooperation Agency (JICA) to finance this project.