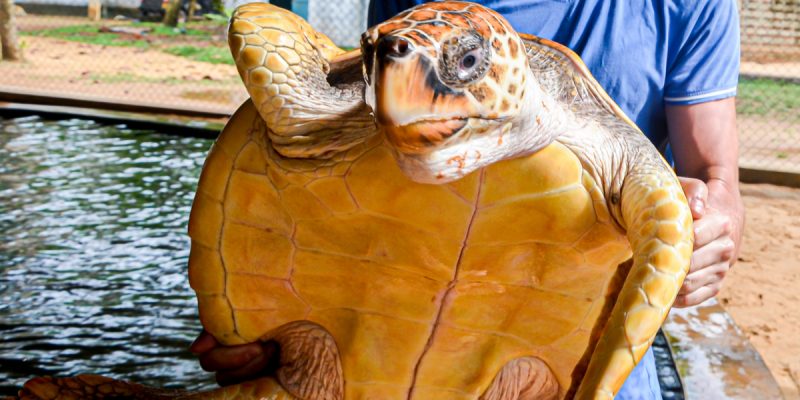 Monastir, the coastal municipality located in central-eastern Tunisia, has just taken a strong action in favor of the fight against the illegal trafficking of sea turtles. Anyone who catches, sells or transports a sea turtle will now be struck with an almond of 1,000 dinars, or about 309 euros.

It is a first in Tunisia, a communal initiative that sanctions illegal trafficking of sea turtles. Monastir does not intend to fold its arms in the face of the decimation of shell reptiles. The municipal council of this coastal city located in central-eastern Tunisia, validated on July 12, 2020, the decision to set a fine of 1,000 dinars, or 309 euros, on any illegal trafficking of sea turtles in its administrative district. This sanction applies to fishermen, sellers and transporters of this endangered species.

Monastir’s dissuasive act was immediately hailed by the Notre Grand Bleu association, which campaigns for the preservation of marine ecosystems. Because this sanction reinforces, at least for the municipality of Monastir, the measures to protect biodiversity already taken by the Tunisian government.

More than 700 sea turtles are killed each year in Tunisia

The sea turtle is protected in Tunisia, by the law on the protection of cetaceans (law n ° 94-13 of July 31, 1994) as well as by the decree of the Ministry of Agriculture, of September 28, 1995, organizing the practice of activities fishing. But despite this law, the sea turtle is caught and sold along the roads. According to official statistics provided in 2017 by the World Wide Fund for Nature (WWF-North Africa) and the National Institute of Science and Technology of the Sea (INSTM), more than 700 carcasses of sea turtles wash up on the Tunisian coast every year. , because of accidental fishing. These die, trapped in the right nets, longlines, driftnets or trawls used to catch shrimp.Among other initiatives put in place to protect the sea turtle in Tunisia, there is “Sea Tu Med”. It is a communication programme on the conservation of the marine turtle in Tunisia, launched by the Kram Development and Environment Association (Adek) and the World Wide Fund for Nature (WWF). The recent activity carried out within the framework of this program is the construction of a statue representing a sea turtle of the species “Caretta Caretta” at the roundabout of the avenue de l’Environnement in Kram (southern suburbs from Tunis). Inaugurated on July 18, 2020, this statue aims to educate the general public about the vital role of the sea turtle in marine biodiversity and the health of the oceans.