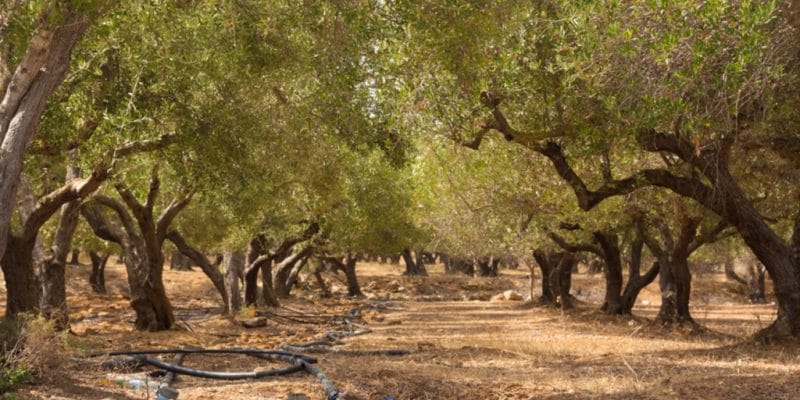 The irrigation system, on which the start-up iFarming has added a layer of artificial intelligence, allows Slim Fendri to optimise the irrigation of its olive plantations on its estate in Tunisia. Ultimately, it is all about boosting olive oil production, while saving water.

To achieve this objective, Tunisia relies on artificial intelligence to improve its irrigation techniques. It is in this spirit that Slim Fendri, an organic olive oil producer, puts at the service of his olive trees a new technique that combines irrigation and artificial intelligence. Concretely, in the middle of its plantations, we find a station connected and linked to several sensors placed on the ground, in the air and even on the leaves of olive trees.

Slim Fendri has been testing this new technology since May. The purpose of the sensors is simple: to know the moisture content in the tree environment, the air temperature measures the wind speed and the sap tension in the olive leaves. All these factors influence the production of the fruit needed to make the oil.

The data are taken continuously and then analysed by an algorithm that determines the exact needs of the plant at a specific time of day. The algorithm used in Slim Fendri’s plantations was provided by the start-up iFarming which works on the application of artificial intelligence in agriculture in Tunisia.

Samir Chabil and Rabeb Fersi, the two co-founders of the start-up, affirm that their algorithm allows farmers to save at least 40% of the water (used for irrigation), a resource sometimes very scarce in certain regions of the Maghreb. These startupers also note that agriculture consumes 70% of the world’s fresh water. Sometimes 60% of this resource is wasted causing lack of information about the plant’s (water) needs.

A manna for Slim Fendri