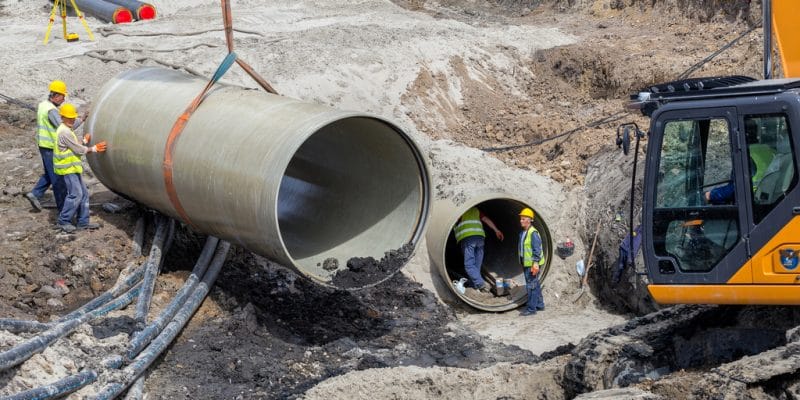 As in all African countries, the needs in drinking water in Tunisia are constantly growing; that is to say by 3 % each year. In this North African country, this demand is particularly observed in Greater Tunis, where population growth is just as important.

In order to alleviate the need for drinking water, the government of this North African country plans to implement several projects in Greater Tunis. It is within this framework that the national water exploitation and distribution company (Sonede) signed two financing contracts with the European Investment Bank (EIB) on October 22th, 2020. The loan of 38 million euros (approximately 123 million Tunisian dinars) will make it possible to develop and modernise the entire drinking water supply system of Greater Tunis, which includes the governorates of Tunis, Ben Arous, Manouba and Ariana. This should guarantee the supply of drinking water for the 2.8 million inhabitants of Greater Tunis until 2040, according to the EIB.

Sonede will have to build and rehabilitate water pumping stations, drinking water treatment plants, desalination units and drinking water storage tanks. The Tunisian public company will also lay pipes to bring drinking water to the population. “The financing was made possible thanks to the European Union (EU) guarantee under the external lending mandate. It is co-financed by the French Development Agency (AFD) within the framework of a partnership under the Mutual Solidarity Initiative led by the EIB”, the European financial institution said.

The EIB is supporting several other projects in Tunisia, including the Med programme, which it is co-financing with the European Bank for Reconstruction and Development (EBRD) to the tune of $700 million in the form of loans for the public and private sectors. The programme, launched in July 2020, will, among other things, reduce key environmental stressors, enhance climate resilience and water security, and improve the health and support of coastal populations in the Mediterranean region.

At least 10 desalination plants are being rehabilitated in Tunisia under the Med programme. They are located in several cities in the country, including Bouargoub, El Kef, Teboursouk, Jammels, Sbeitla, Médenine, Tozeur, Kebili, El Hamma and Tataouine.