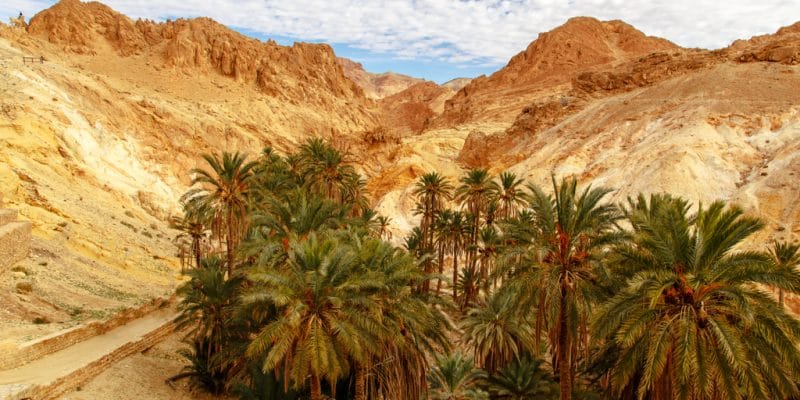 The Tunisian government wants to rehabilitate irrigation systems in four governorates in Tunisia. The European Bank for Reconstruction and Development (EBRD) is providing a €49 million loan to finance this project.

The Tunisian Ministry of Agriculture, Hydraulic Resources and Fisheries is launching a project to modernize irrigation systems in the governorates of Gabes, Gafsa, Kebili and Tozeur, in southern Tunisia. The aim of the project is to improve water supply and increase agricultural yields for at least 6,800 (date palm) farmers in 37 oases.

Read also – AFRICA: water, at the heart of the continent’s environmental challenges

The irrigation systems operating in these four governorates are mostly outdated, says the European Bank for Reconstruction and Development’s (EBRD) Council for Small and Medium Enterprises (SME) in Tunisia, which is financing the project. The European bank is providing a loan of 49 million euros.

Rational use of water resources

The project also aims to train 6,800 farmers in the governorates of Gabès, Gafsa, Kebili and Tozeur in the sustainable management of water resources in a context marked by water stress. The ultimate goal is to preserve groundwater resources that are depleted by drought, added to population growth.

The Tunisian Ministry of Agriculture, Hydraulic Resources and Fisheries will develop a strategy for sustainable water management and will consider the possibility of creating future revenues that reduce dependence on fossil groundwater resources. In Gabès, Gafsa, Kebili and Tozeur, irrigated agriculture provides employment for 35% of the population.

This project is in line with the Tunisian government’s policy to strengthen the resilience of populations to water stress. In recent years, Tunisia has also been developing non-conventional water resources to supply its populations. For example, a seawater desalination plant will be built in the locality of Gargour, located 20 km from the city of Sfax. The plant should be delivered in 54 months and will have a production capacity of 100,000 m3 per day, guaranteeing access to drinking water for 600,000 people in Sfax. The Tunisian government is also banking on the reuse of treated wastewater to preserve freshwater resources.