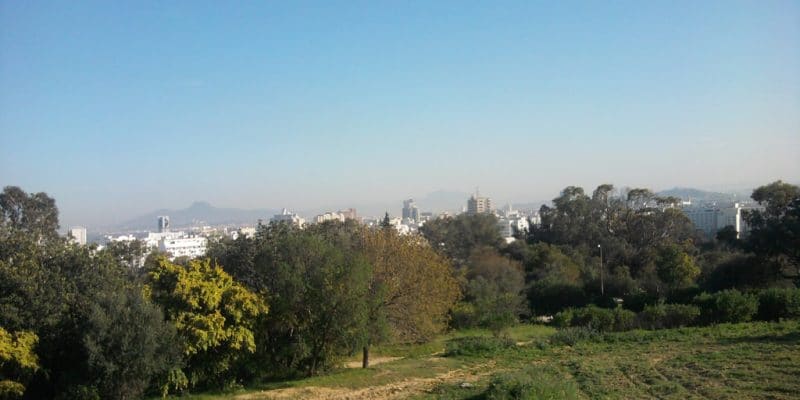 An urban forest has recently been inaugurated in the Tunisian capital. Worth 200,000 Tunisian dinars (nearly 60,000 euros), it is an initiative led by the Forestry Department of the Regional Commission for Agricultural Development in Tunis (dubbed CRDA in French).

An urban forest in the very centre of Tunis seemed absolutely unimaginable a few years ago… but the Tunisian capital now has a green lung. The vegetation grows on 3 hectares in El Agba, a growing district of the city of Tunis. The development of this green space was carried out by the Forestry Department of the Tunis Regional Commission for Agricultural Development (CRDA).

The treed area has a selling point, but it “will be reserved for the local products of rural women. The initiative is part of the solidarity economy, the participatory approach and the empowerment of residents to protect the forest themselves,” explains Mouldi Ben Mohamed, the regional commissioner for agricultural development. The forest also has a wellness trail that will benefit 300,000 residents.

Development of the El Agba urban forest began in 2018. The Tunis Regional Commission for Agricultural Development has allocated a budget of 200,000 Tunisian dinars, or 60,000 euros. As an important project for an urban area like Tunis, it is part of a much broader strategy of the Tunisian authorities, particularly with the National Forest Conservation Programme.

Such an initiative is unique in a region of Africa plagued by the Sahara Desert, which also draws on the experience gained through the National Forest Programme, which has been implemented in Tunisia for several decades. The programme has enabled many reforestation efforts to be undertaken across the country. While, initiatives are also carried out outside the government framework. For example, the Dream in Tunisia association project of Sarah Magida, a Tunisian business entrepreneur. She is working to create a real vegetation belt around the small town of Rjim Maatoug. More than 1800 hectares of acacia trees should reduce the amount of sand that enters the city during storms.