Homepage » TOGO: thanks to GIZ funding, AT2ER has a mini solar power plant

TOGO: thanks to GIZ funding, AT2ER has a mini solar power plant 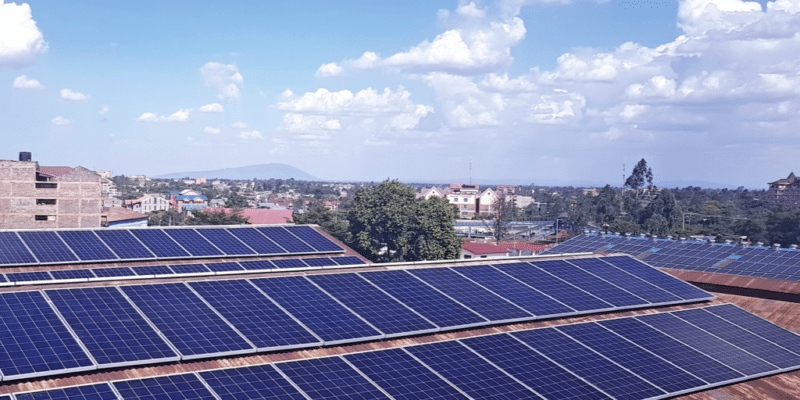 The Togolese Agency for Rural Electrification and Renewable Energy (AT2ER) has a mini solar photovoltaic power plant. The construction of the plant was financed to the tune of 43 million CFA francs (65,553 euros) by the Deutsche Gesellschaft für Internationale Zusammenarbeit (GIZ), the German international development cooperation agency.

The small photovoltaic solar power plant installed on the roof of the Togolese Agency for Rural Electrification and Renewable Energy (AT2ER) has a capacity of 33 kWp. On March 29th, 2021, the installation was commissioned by the Minister Delegate for Energy, Mila Aziable, and the German Ambassador to Togo, Mathias Veltin.

The mini solar power plant also has a 32-kWh electricity storage system. All the work was financed by the Deutsche Gesellschaft für Internationale Zusammenarbeit (GIZ), the German international development cooperation agency, to the tune of 43 million CFA francs (€65,553).

The solar photovoltaic power plant will not only enable AT2ER to reduce its carbon footprint, but above all to save on its electricity bills, i.e. from “450,000 to 600,000 CFA francs each month (from 686 euros to around 915 euros). The surplus electricity produced by the plant will be injected into the network of the Togo Electricity Company (CEET),” says Robil Nassoma, the general manager of AT2ER.

To take advantage of this power, CEET will first have to rehabilitate its production equipment and electricity transformation stations, which are outdated and the cause of recurrent power cuts.

The public company recently obtained financing of 20 billion CFA francs (30 million euros) from the World Bank for the implementation of the Togo Energy Sector Reform and Investment Project (Priset). In addition to the rehabilitation of CEET’s facilities, the project launched on March 30th, 2021 will secure access to electricity in the capital Lomé by 2022, through the reinforcement of medium and low voltage networks, the construction of networks (overhead and prefabricated MV), as well as the acquisition of connection kits.